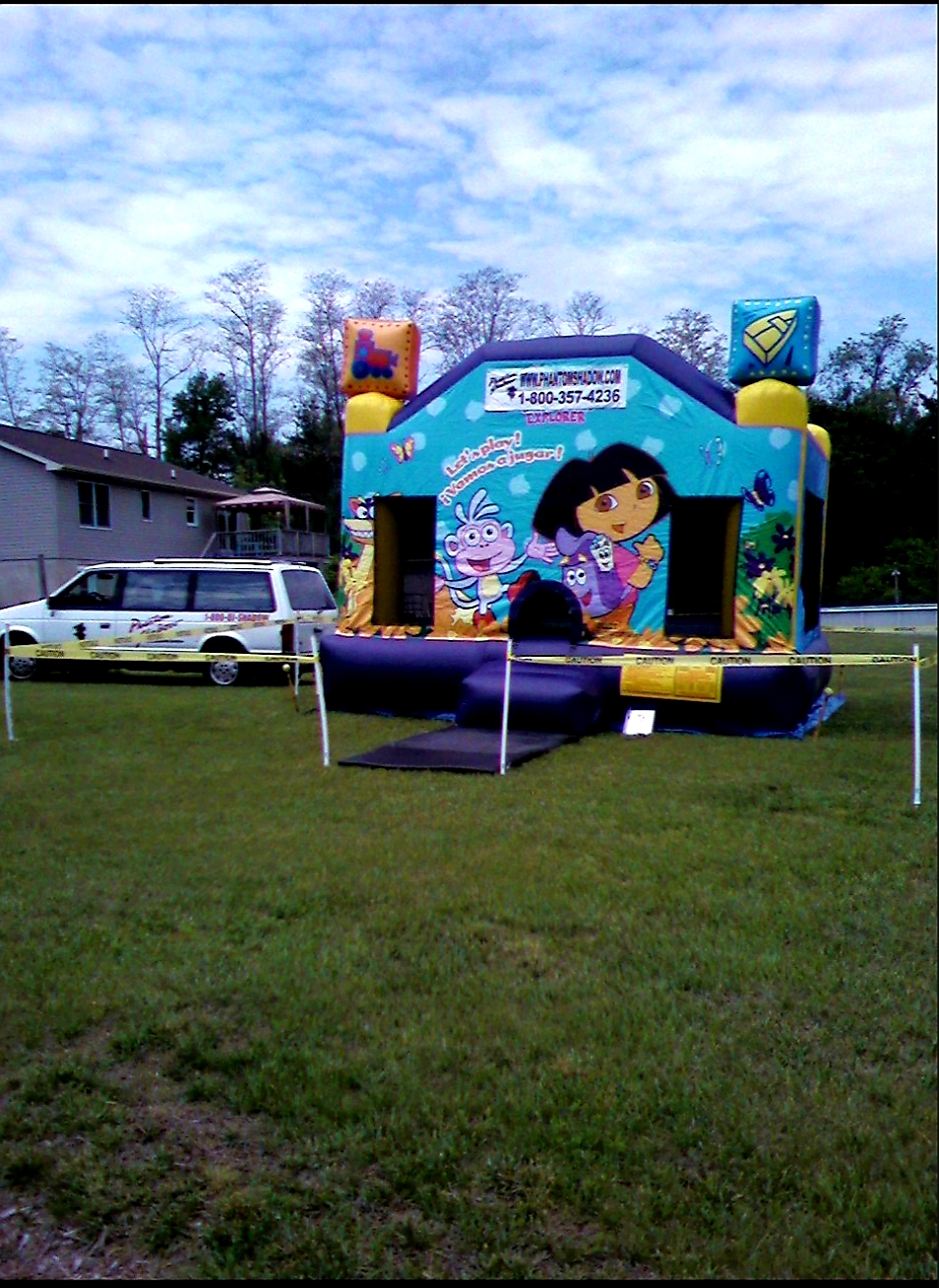 SHIPPENSBURG — Dora the Explorer is homeless today. Sadly, especially for the children who used to play there, her house has been stolen.

Shippensburg Police would love to find the missing house.

So they are asking for the public’s help in finding the person(s) who stole the large Dora the Explorer’s inflatable house Thursday night or Friday from a yard in the first block of South Queen Street.

The house is about 14 feet long, 15 feet wide, 13 feet high and weighs around 200 pounds, according to the manufacturer.

It is valued at about $1,800, according to Shippensburg police.

Not only did the thief (or thieves, considering the size of the house) take Dora’s house, but they also stole two blowers used to inflate the house.

The large inflatable will be very noticable if set up in a back yard, or anywhere else for that matter.

It is blue with pictures of Dora and her animated animal friends on the outside. It has a purple roof, base and porch. It has a big sign on the front with Phantom Shadow and the firm’s toll-free number.

Fortunately, the report included a photo of the missing house.

The house had been cleaned and put out to dry overnight, police said.

Anyone with information is asked to contact Shippensburg Police at 717-532-7361 or leave a tip on the CRIMEWATCH® website.

A 13-foot tall, 200-pound inflatable blue and purple bounce house should stand out in any neighborhood.

So would the vehicle needed to transport the stolen house.

August 25, 2019
Thanks for subscribing! Please check your email for further instructions.