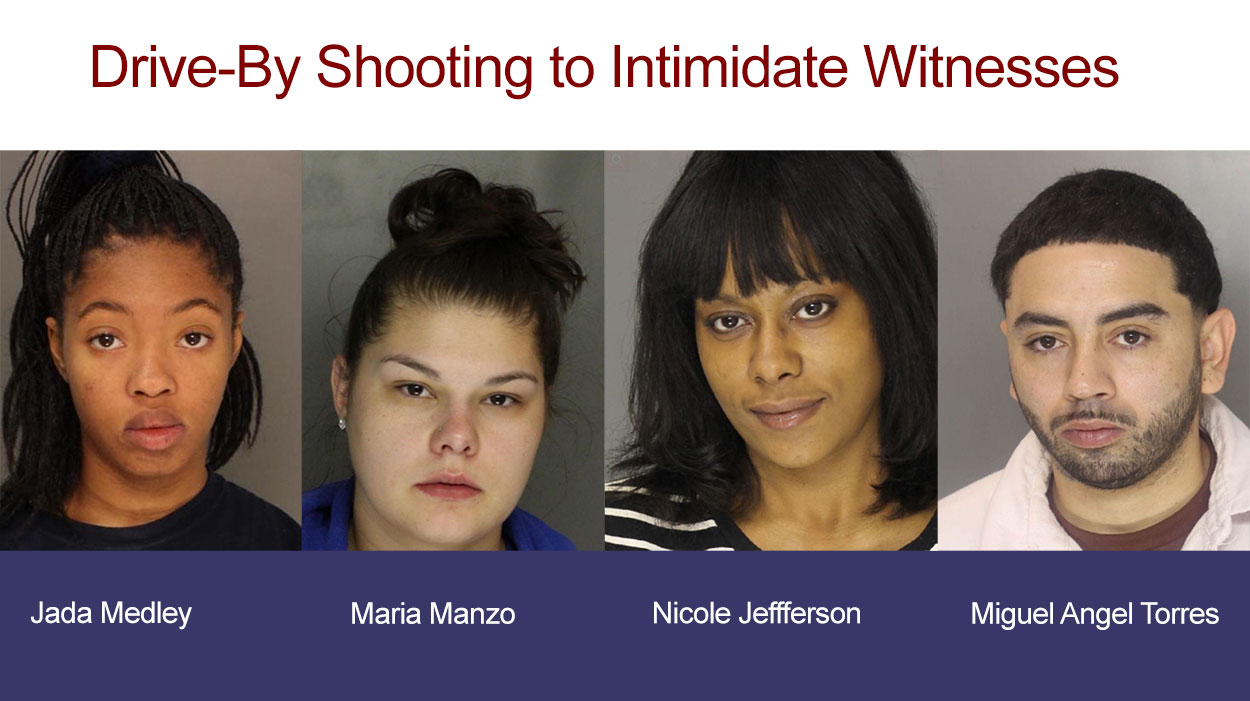 CHAMBERSBURG (April 9) — A Harrisburg man is in Franklin County Jail as a result of an early morning drive-by shooting in the 200 block of West King Street today.

Miguel Angel Torres, 30, was charged with several felonies in connection with the shooting, from gun related charges to retaliating against a witness or victim.

The shooting was related to another shooting 10 days ago on South Main Sreet, police said.

Officers were dispatched to the second block of West King at about 2 a.m.to investigate a gunshot report. Upon arrival, they found a vehicle had been shot at several times.

Police did not say if the vehicle was occupied at the time of the shooting, but one of the charges against Torres included discharge of a firearm into an occupied structure.

As a result of their investigation, police also arrested two women and charged them with retaliation against and intimidation of a witness or victim. A third woman is wanted on similar charges.

Police said their investigation into today’s shooting linked it to the March 30 shooting on South Main Street.

Ryan Jefferson, Harrisburg, and Christopher Darby, Chambersburg, have been charged with attempted homicide and aggravated assault in that shooting.

Both are being held in Franklin County Jail awaiting a preliminary hearing in that case.

Two people were injured when shots were fired after Darby and Jefferson were kicked out of a party on South Main Street that morning.

Jefferson is charged with one count of retaliation against a witness or victim and one count of hindering the apprehension or prosecution of a suspect. Both are felonies.

Manzo is charged with retaliation against a witness or victim.

Medley is wanted on a felony charge of intimidating a witness or victim.