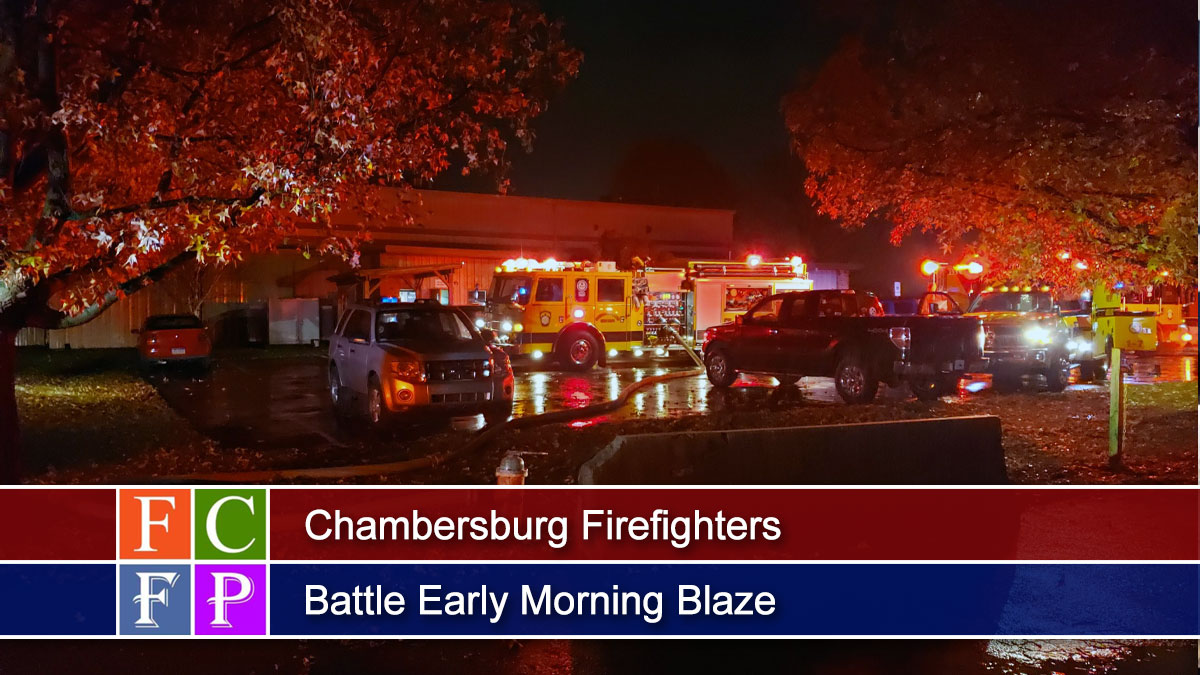 It didn’t take long for Chambersburg firefighters to get a fire at a local business under control this morning.

Firefighters answered a commercial fire alarm at 3:12 a.m. at Edge Rubber, 811 Progress Road. When the borough’s first engine arrived, employees told firefighters the fire was in equipment in the building.

The call was upgraded, bringing a total of 27 personnel from five area fire departments and their fire apparatus to the scene. A total Of 27 fire personnel were on the scene. The fire was quickly extinguished and the call was downgraded to just the Chambersburg Fire Department.

The department and its nine personnel remained on the scene for an hour and a half for an extensive overhaul of the fire scene.

An investigation showed a malfunction in the manufacturing equipment caused friction and the tire materials to ignite.  An estimated $2,500 in damage resulted from the fire, Fire Chief Dusty Ulrich said.

Chambersburg Fire Department had a fire engine, a special “tower” ladder truck and Ambulance on the scene.

Staff Report - June 25, 2020 0
In addition to the three students from Franklin County, 17 students from nearby Adams and Cumberland Counties are among Reach Cyber Charter School’s Class of 2020. They include:

May 16, 2020
Thanks for subscribing! Please check your email for further instructions.