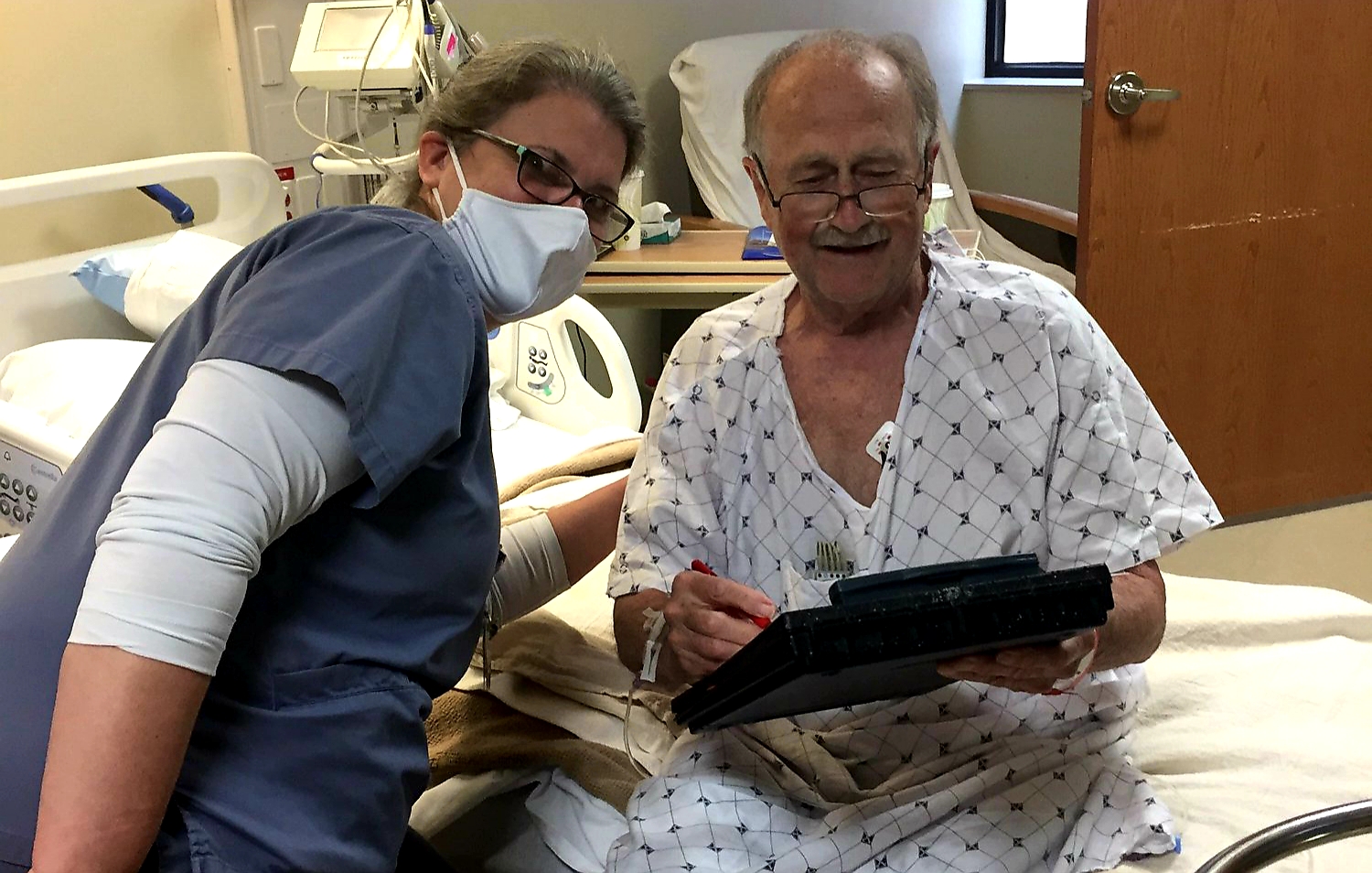 Election Day is one of Gilson Kendall’s favorite days of the year.

He’s typically one of the first to arrive at the poll location on Treher Road in Fayetteville, where he often volunteers.

When the 79-year-old Fayetteville resident was hospitalized Sunday night due to complications with his blood pressure, voting was on his mind.

One of his first thoughts as the ambulance sped toward Chambersburg that night was the upcoming election.

Since he couldn’t go to the polls Tuesday morning, staff at WellSpan Chambersburg Hospital brought a ballot for the primary election to him.

“I was really excited when I found out I could vote,” Kendall said.

WellSpan Chambersburg Hospital has a tradition on rlection day. Staff goes door-to-door on Election Day asking patients if they would like to cast their vote. If they do, initial paperwork is filled out and notarized. It is taken to the Franklin County Courthouse where emergency ballots are issued for patients.

Only a handful of patients took advantage of the voting opportunity Tuesday, however. Many had already used mail-in voting due to the COVID-19 pandemic. Pennsylvania’s primary election, originally set for April 28, was postponed imyil june2 because of the COVID-19 crisis

“Voting is something that is a tradition, a right, and gives patients some sense of normalcy and control,” CH patient relations coordinator Barbara Selman said.

The importance of one vote

Kendall immediately shared the news in a phone call with some of his fellow volunteers at his polling location. He normally puts the first pot of coffee on to start a long election day there.

He is also known to remind people in his Fayetteville circles, “Don’t forget to vote.”

During the 10-plus years that Kendall has served volunteering at polls, he says the most gratifying thing for him is when he sees younger people come out and vote.

“It really brings joy to my heart,” said Kendall.

For a Navy veteran who has always taken great pride in his country, given the chance to vote Tuesday was a huge boost to his spirits.

“This meant a lot to me. I can’t give enough praise for the care I am getting here,” Kendall said.

See the results of Tuesday’s Pemmsylvania primary election here. Results are recorded as they come in.

Primary election behind us

June 3, 2020
Thanks for subscribing! Please check your email for further instructions.