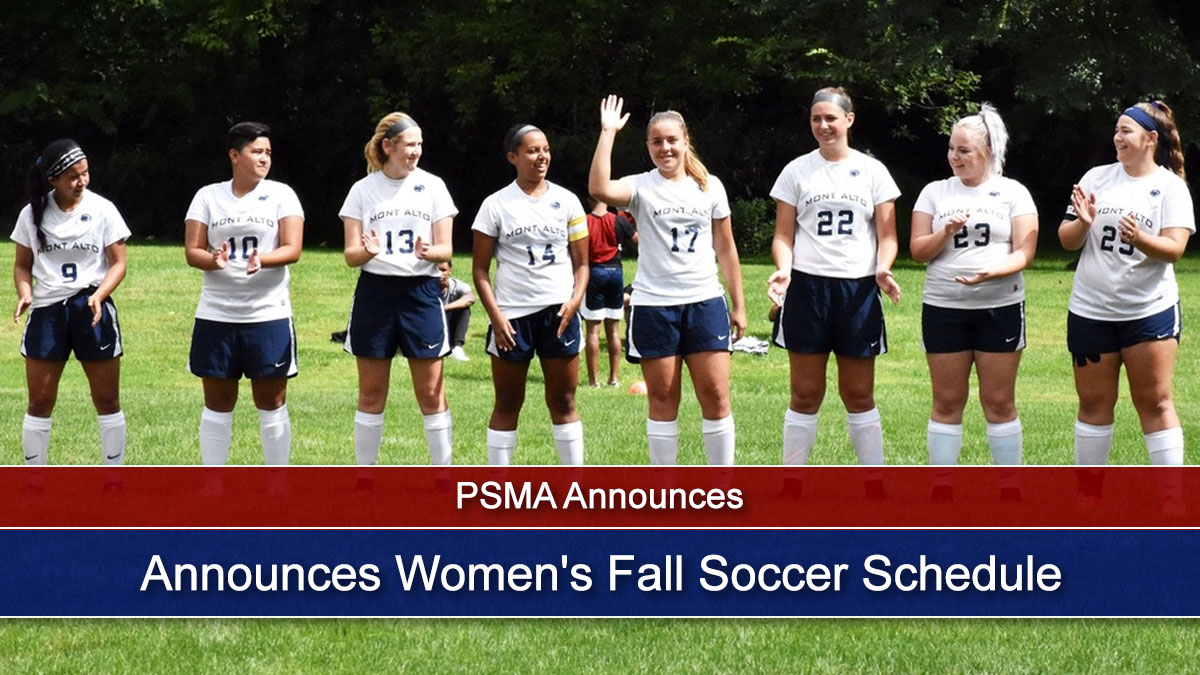 Mont Alto opens the season up on the final day of August against Hollins University at 12 p.m. They then square off against Central Penn College on Wednesday, September 4 and play two more home games on September 7 against Fredrick Community College as well as Wednesday, September 11 against Christendom College.

The Nittany Lions hit the road for another non-conference match with Fredrick Community College on Saturday, September 14. They remain on the road during the following week as they square off against Valley Forge (September 17) and Patrick Henry (September 19).

Mont Alto will begin Pennsylvania State University Athletic Conference (PSUAC) play on its home field against defending conference champions PSU Brandywine on Saturday, September 21 at 2 p.m. PSUMA then closes out the month with another home conference matchup, this time against Penn State Lehigh Valley on the 28th.

PSUMA hosts Patrick Henry (October 14) in its final home match and then close out the regular season against Penn State Hazleton on Saturday, October 19 at 1 p.m.