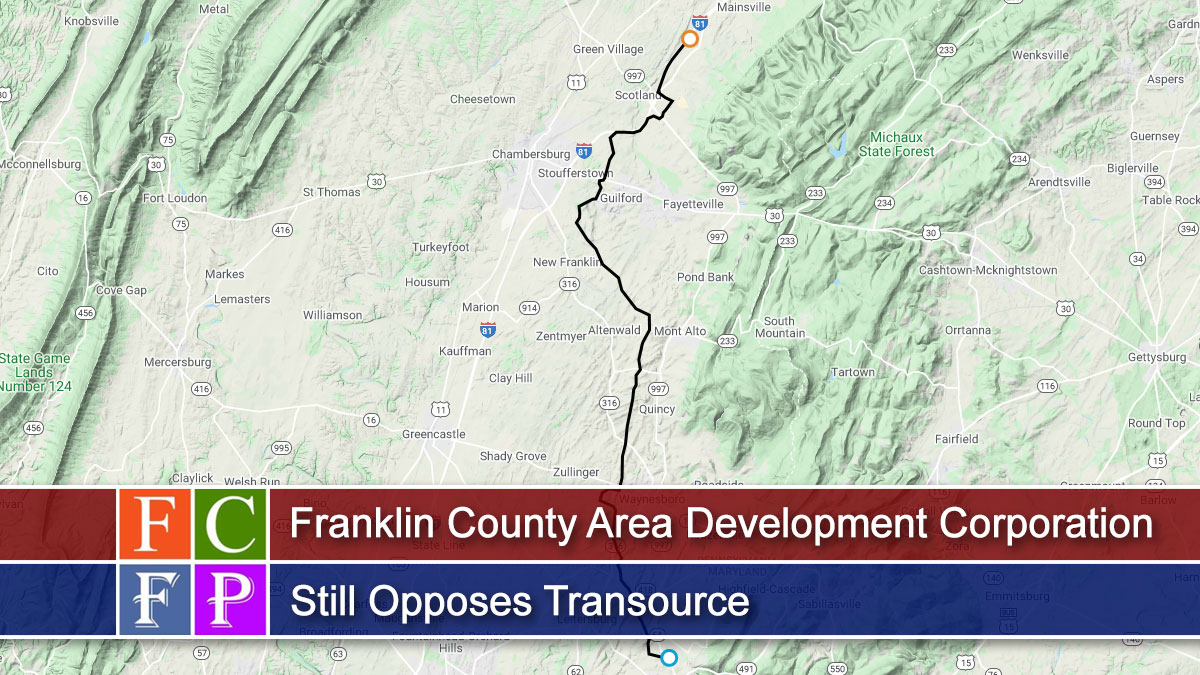 As was widely reported, on February 13th there was a “Meet & Greet” for vendors interested in doing business with Transource.

The Transource invitation to attend the event implied that the project has received all of the requisite Public Utility Commission (PUC) approvals, has the support of the Chamber of Commerce as well as other organizations, and is proceeding toward commencement.

It was heartening to see that 30 “Stop Transource” protesters showed up to demonstrate their opposition and set the record straight.

This is not a good project and it has not been approved. It is a project without a defined need and whose impact has been grossly overstated from the standpoints of improving energy reliability and cost reductions to the Washington metro area.

There are no sustainable economic or energy benefits to Franklin County residents or businesses.

The impact to Franklin County is the placement of 130-foot towers that will permanently impair the Falling Spring, the Chambersburg Area School District’s cross-country course, some of our most productive farm lands as well as our most scenic vistas.

Like you, I cannot wait to see the placement of a tower in the Lowe’s parking lot next to the Patriot Federal Credit Union.

As a matter of background, I am Mike Ross and I am president of the Franklin County Area Development Corporation (FCADC).

In 2017, FCADC was the first organization to publicly oppose the Transource project, which was a total surprise to Transource as they assumed that because the FCADC is an economic development corporation we would automatically be supportive.

Fast forward to 2020: The FCADC still opposes the project!

The FCADC supports planned development that includes support of our agricultural and tourism sectors.

This project would negatively impact both.

Staff Report - March 29, 2020 0
Sen. Pat Toomey represents Pennsylvania in the US Senate. He talks about details of the recently-passed federal CARES Act and talks about its hoped-for effect on the American economy in a time of extreme crisis.

Big News: FCFP Is Now a Part of Lion Publishers