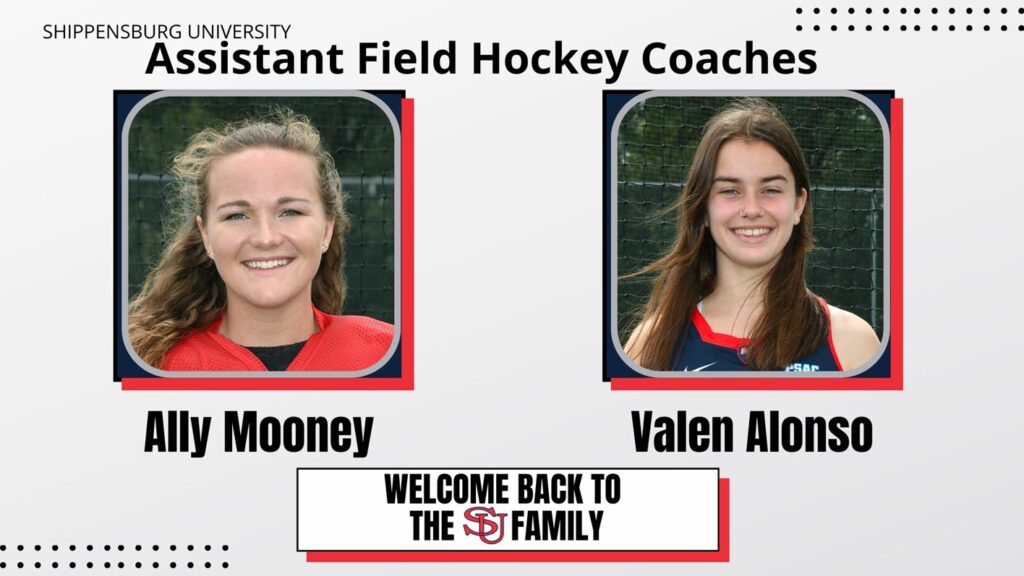 The addition of Mooney and Alonso accompanies the hiring of Mikayla Cheney ’20, who has been hired as a full-time assistant coach.

“I am thrilled to welcome back three of our decorated and talented alumnae,” head coach Tara Zollinger said. “Our coaching staff is strengthened by their different personalities, specializations, and experiences. Having alumnae return to our program to serve as assistant coaches is special, as they know our program’s history, culture, and overall vision to provide an exceptional student-athlete experience.”

Mooney’s primary coaching responsibility will be the team’s goalkeepers. She returns to Shippensburg after spending three seasons as an assistant coach at Appalachian State University, contributing to numerous accomplishments with the Mountaineers. In 2021, Mooney helped lead the Mountaineers to their first win over a ranked opponent in program history with a 2-0 shutout of James Madison. In 2019, Mooney helped lead App State to its first winning season since 2003 and set a new program best for wins to begin a season with a 6-0 start.

A Spring City native, Mooney was a starting goalkeeper who helped the Raiders win three consecutive NCAA Division II National Championships from 2016-18. She registered a 68-16 record and had an incredible .816 save percentage, recording 24 shutouts between the posts and allowing less than a goal per game over the course of her career.

Mooney was a two-time team captain who earned multiple awards during her collegiate career. Along with three national championships, Mooney was named an NFHCA All-American in 2014 and 2016. She is also the 2018 Amanda Strous Memorial Scholarship recipient.

“I am so grateful to be back with the Shippensburg University field hockey program,” Mooney said. “I am thrilled for this opportunity to coach at my alma mater and join Tara to continue to develop the strong program and culture she has established. I am excited to work with our incredible staff and continue to learn and grow with the team.”

Alonso, a native of Buenos Aires, Argentina, returns to Shippensburg as a volunteer assistant after working as a credit analyst at F&M Trust. She was a starting midfielder and is a 2018 NCAA Division II National Champion. Alonso totaled seven goals, eight assists and 22 points in 39 career games. She was twice selected to the ZAG Field Hockey/NFHCA Division II National Academic Squad and was part of the 2020 NFHCA Senior Team.

“Having played together on three national championship teams, Mikayla and Ally bring a wealth of experience playing our defensive structure and tactics,” Zollinger said. “As a tremendously talented technical player, Valen will focus on assisting the technical development of our student athletes, primarily focusing on the attack. I am excited to work alongside these three as we work together to coach, support, and mentor our student-athletes.”