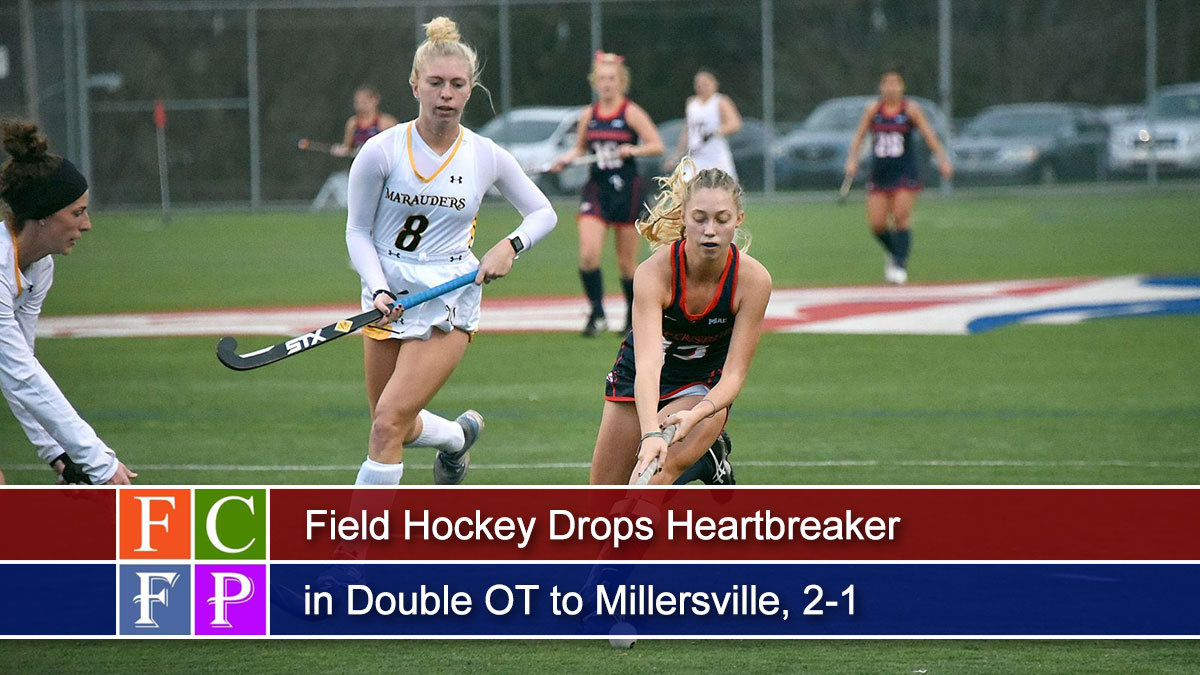 Shippensburg (12-6) took a 1-0 lead with nine minutes remaining on the third goal of the season by senior Rosalia Cappadora. Millersville (13-6) countered four minutes later with a goal of its own to even the score.

Despite the Raiders controlling possession for much of the extra sessions, the Marauders converted a counter attack in the final minute of the second overtime to come away with the victory.

Kyra Brakefield caged her seventh goal of the season, finishing a run with a shot short-side after collecting a pass from Erica Tarsi.

Shippensburg finished with a 12-3 advantage in shots on goal and a 14-5 advantage in penalty corners. The Raiders held the territorial advantage for the majority of the first half and much of the fourth quarter. They could not convert their chances into goals however.

The match featured just one shot on goal through the first three quarters before the pace reached a fever pitch over the final 30 minutes. Visiting goalkeeper Autumn Peters made 11 saves for the Marauders, including six in overtime. Redshirt-sophomore Megan Lay made one save for the Raiders.

Both teams received key contributions from their back-line players and midfielders. Cappadora and Mikayla Cheney, SU’s senior captains, were a steadying defensive presence for the Raiders. Hannah Brown and Meredith Fagan were integral to the Marauder cause.

Shippensburg was eliminated from the conference tournament with the loss. The Raiders now await Monday’s NCAA Selection show to see if the team earns the final at-large bid from the Atlantic Region. SU’s primary competition for that final spot, Kutztown, advanced to the PSAC Semifinals on Tuesday night with a 2-0 win over Mansfield.