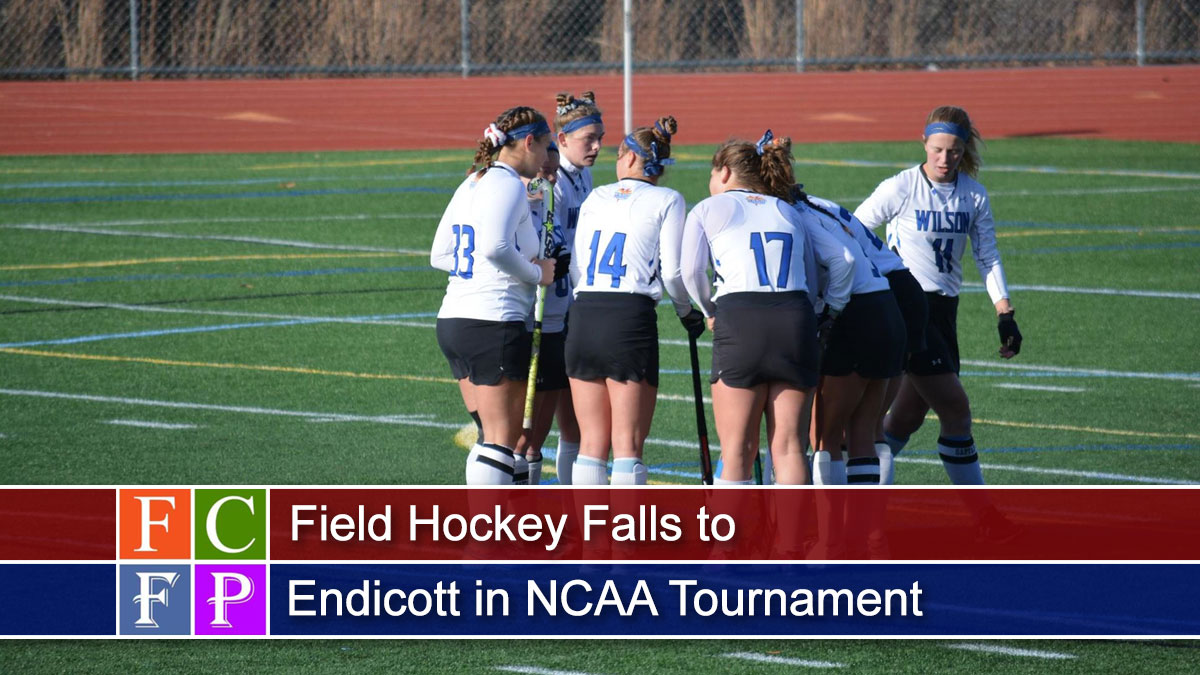 BEVERLY, MA. – The historic season for the Wilson College field hockey team came to an end Wednesday when the Phoenix fell in the first round of the NCAA Tournament to the Gulls of Endicott College. The team finishes the 2019 season with a 10-9 overall record. Endicott advances to the second round to face Kean.

Endicott controlled play at their end early on, getting three quick shots on goal. Krista Nayadley (Hampton, Va, Hampton) stood strong in the cage for the Phoenix, but with five minutes left the Gulls scored, taking a 1-0 lead.

Endicott continued to keep the ball at their end of the field, and were awarded a neatly corner just as time expired. A shot was blasted off the insert pass, tipping the stick of a Gulls player and finding the back of the cage. The play gave the hosts a 2-0 advantage at the end of the first quarter.

Seven minutes into the second quarter Endicott scored again to move ahead 3-0. The Phoenix couldn’t generate any offensive chances for the remainder of the half, going into the break trailing 3-0. Shots were 21-1 in favor of the Gulls who also led penalty corners, 8-1. Krista Nayadley finished the first half with eight saves.

The Gulls took a commanding 4-0 lead two minutes into the third period. They went on to score 3 more goals in the quarter to go-ahead 7-0. Early in the final period, Autumn Irwin (Garland, Maine, Dexter Regional) put a pass in front of the cage. Michaela Singer (Annville, Pa, Annville-Cleona) tipped it in for a Phoenix goal.

The score marks the first NCAA Tournament goal in Wilson field hockey history. Endicott would add one more score in the game to cap off an 8-1 opening-round victory over the Phoenix.

Shots favored the Gulls 43-3, who also had 22 shots on goal. Michaela Singer led the Phoenix with a goal and 2 shots on goal. Autumn Irwin collected an assist and a defensive save in the game while goalie Krista Nayadley finished with 13 saves.

This concludes the 2019 season for the Wilson field hockey team.

Staff Report - June 25, 2020 0
In addition to the three students from Franklin County, 17 students from nearby Adams and Cumberland Counties are among Reach Cyber Charter School’s Class of 2020. They include:

September 1, 2019
Thanks for subscribing! Please check your email for further instructions.