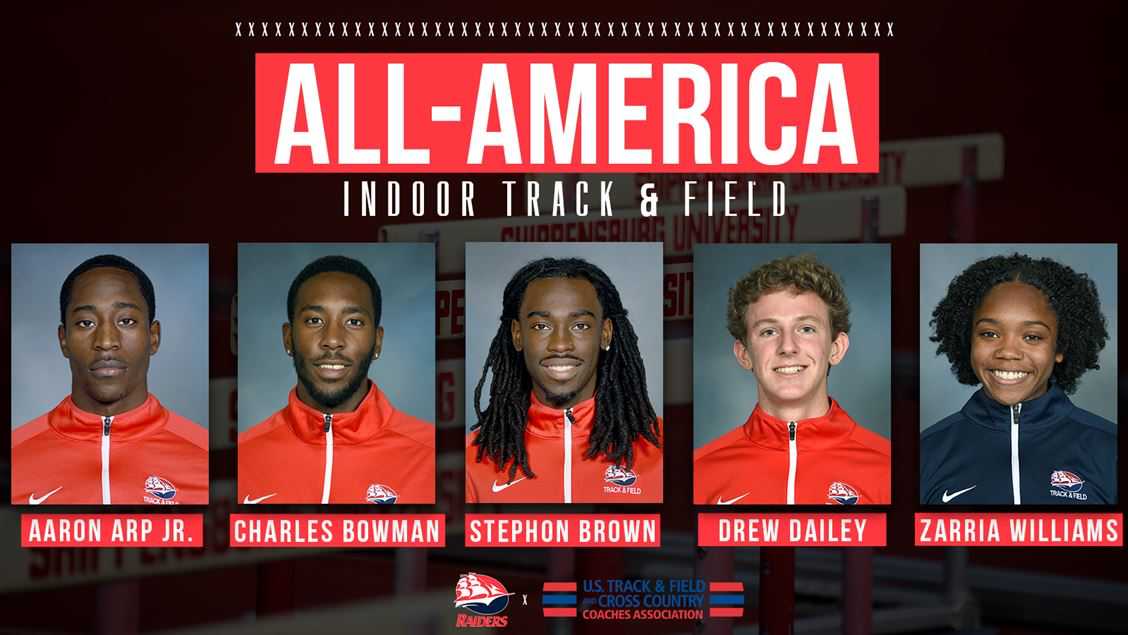 All-America honors are normally based on classifications of performance at the NCAA Championships. These aren’t normal times, however. The 2020 NCAA Division II Men’s and Women’s Indoor Track & Field Championships were cancelled, thanks to the Coronavirus pandemic.

Instead, the USTFCCCA Executive Committee set up All-America classifications this year for “each individual competitor listed on the startlist for an event” and for each of the “four student-athletes per anticipated relay who produced the performance that was declared and accepted into their event.”

Redshirt-sophomore Aaron Arp Jr. (Harrisburg, Pa./Central Dauphin East) earned three All-America classifications – one each in the 400-meter dash, 60-meter hurdles and for the 4×400-meter relay. Redshirt-senior Charles Bowman (Harrisburg, Pa./Central Dauphin East (Virginia)) earned two – one in the 60-meter hurdles and one for the 4×400-meter relay.

There is no designation between First Team and Second Team All-America for the 2020 indoor season.

Arp becomes a five-time NCAA All-American; his three honors in 2020 accompany a pair of First Team honors achieved in the 2019 outdoor season.

Williams is now a three-time All-American with the Raiders. Brown and Dailey achieved their first career All-America classifications.

Baseball Scores 17 to Sweep Doubleheader with New Kensington on Saturday

December 7, 2019
Thanks for subscribing! Please check your email for further instructions.