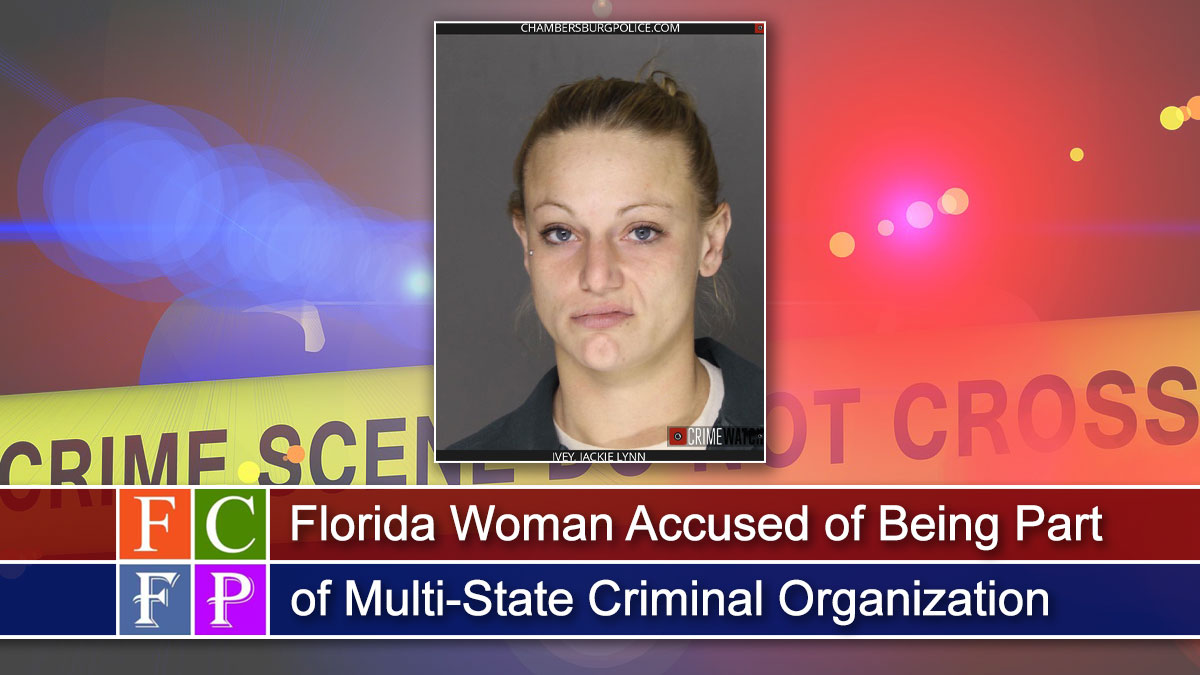 A Florida woman is in Franklin County Jail today, charged with possession of stolen property and instruments of crime.

Chambersburg police arrested Jackie Lynn Ivey, 29, Pensacola, Jan. 29 at a local hotel after receiving information a vehicle associated with a multi-state criminal organization was in the borough.

Police located the vehicle, and Ivey, at a hotel in town. She allegedly was in possession of a stolen Louis Vuitton purse and wallet valued at $1,500.

Police believe Ivey was part of a multi-state organization whose members went from city to city, breaking windows out of vehicles and stealing purses.

They would then forge checks and use credit cards from their victims for their financial gain, police said.

The purse Ivey had in her possession at the time of her arrest was reportedly stolen from Pittsburgh, police said. She also had a tool used to break windows and marijuana.

After her arrest, police obtained a search warrant for the rental car Ivey was allegedly using in Chambersburg. They found numerous driver licenses, credit cards and gift cards that were reported stolen from vehicles in Ashburn, Virginia, in the early morning hours of Jan. 29.

Additional evidence also linked Ivey to driver’s licenses that were stolen in 2018 in Charles Town, West Virginia, police said.  These identities were used to cash forged checks in Oak Hill, West Virginia, in the early part of January 2020.

Police have positively identified other suspects involved in the theft ring. The department’s Criminal Investigation Division is working with other jurisdictions so Ivey’s associates can be held accountable, police said.

As of Thursday, she was still in Franklin County Jail, unable to post bail.