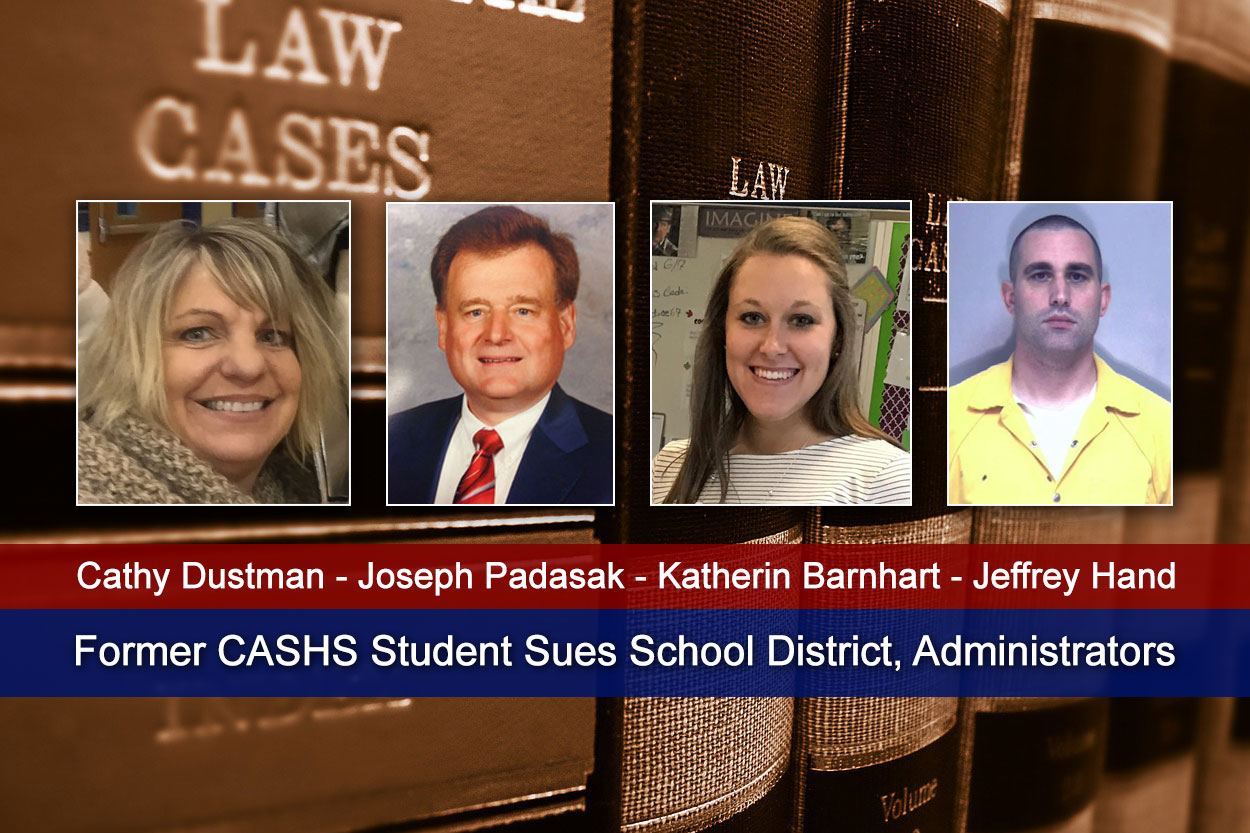 CHAMBERSBURG — A young woman who was sexually assaulted by a former school district soccer coach has filed a federal lawsuit against Chambersburg Area School District, several of its administrators and the coach.

The woman, identified in the lawsuit as being under the age of 20, was a high school student and a member of CASHS soccer team when the abuse came to light.

The coach involved, Jeffrey Hand, was sentenced to 1-5 years in prison in February 2018 for felony institutional sexual assault and felony corruption of minors.

The suit lists the plaintiff as Jane Doe to protect her identity.

In the suit, she alleges school administrators failed to protect her by not promptly reporting concerns about Hand’s behavior to police, then later harassed and humiliated her.

She alleges in the suit that once administrators learned of Hand’s involvement, her name was leaked to students at the high school, causing her severe emotional trauma.

She claims her constitutional rights were violated by the district and several administrators as a result of being associated with a report of Hand’s conduct.

Named in the suit are the school district, Dr. Joseph Padasak, Dr. Cathy Dusman, Katherine Barnhart, Jeffrey Hand and five “John Does” individually and in their official capacity.

The suit asks for a jury trial and unspecified damages.

June 10, 2020
Thanks for subscribing! Please check your email for further instructions.