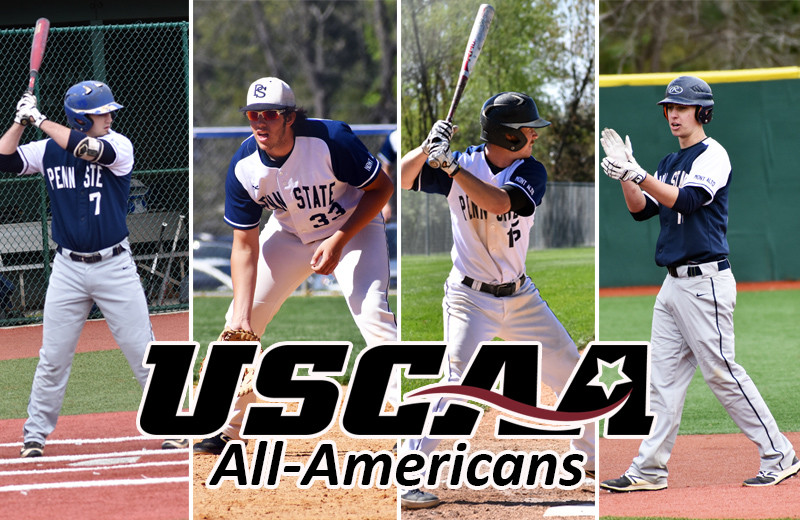 A full list of the 2019 USCAA All-Americans can be found here.

Jeremiah Younker (Hagerstown, Md. / Williamsport) becomes the first-ever student-athlete at Mont Alto to be named an All-American in all four seasons in which he competed for the Nittany Lions.

The Hagerstown, Md., native was honored on the First Team each season, except his freshman campaign in 2016 where he was represented on the Second Team. He finished his career at Mont Alto as a career .441 hitter with 207 hits, including 68 which went for extra bases.

In 2019, Younker put together arguably his most complete season where he slashed .444 and ranked fourth in the USCAA in RBIS (44), tied for first in homers (7), tied for third in doubles (14), while leading the nation in triples with seven. Younker also threw over 67 innings for Mont Alto with an ERA of 3.72 and had a 5-4 record.

He finished his career for the Nittany Lions with 141 RBIs and he also scored 128 runs over the course of his four-year career.

Fisher had an outstanding debut campaign for Mont Alto as he saw most of his time at first base, totaling 66 hits, which included 10 doubles and two home runs. The freshman fit right into the middle of the offensive lineup ranking ninth within the USCAA with his .443 batting average and his 43 RBIs were the sixth most in the nation.

Senior outfielder Hunter Martin is a first-time honoree and he finished his 2019 season batting .366 with a .612 slugging percentage. He and Jeremiah Younker tied for a team-leading 14 doubles as Martin also scored 47 runs this season, which ranked fifth in the USCAA. The North Hagerstown product had a steady World Series going 4-for-7 at the plate with three doubles and he drove in a pair against Mississippi University for Women.

In his third season playing for Mont Alto, Brady Topper was once again recognized as an All-American and for the second-straight year on the Honorable Mention team. Topper started 44 games at the hot corner for the Nittany Lions where he batted .350. He set career-highs in RBIs (39), doubles (13), homers (4) and runs scored (41).

Although struggling a bit in the postseason, the Mont Alto baseball team had another outstanding season, making its second appearance in three years in both the Penn State University Athletic Conference Baseball Championships and the USCAA Small College World Series.

The Nittany Lions finished the 2019 season with 25-20 overall record and were 11-4 within PSUAC play during the regular season.