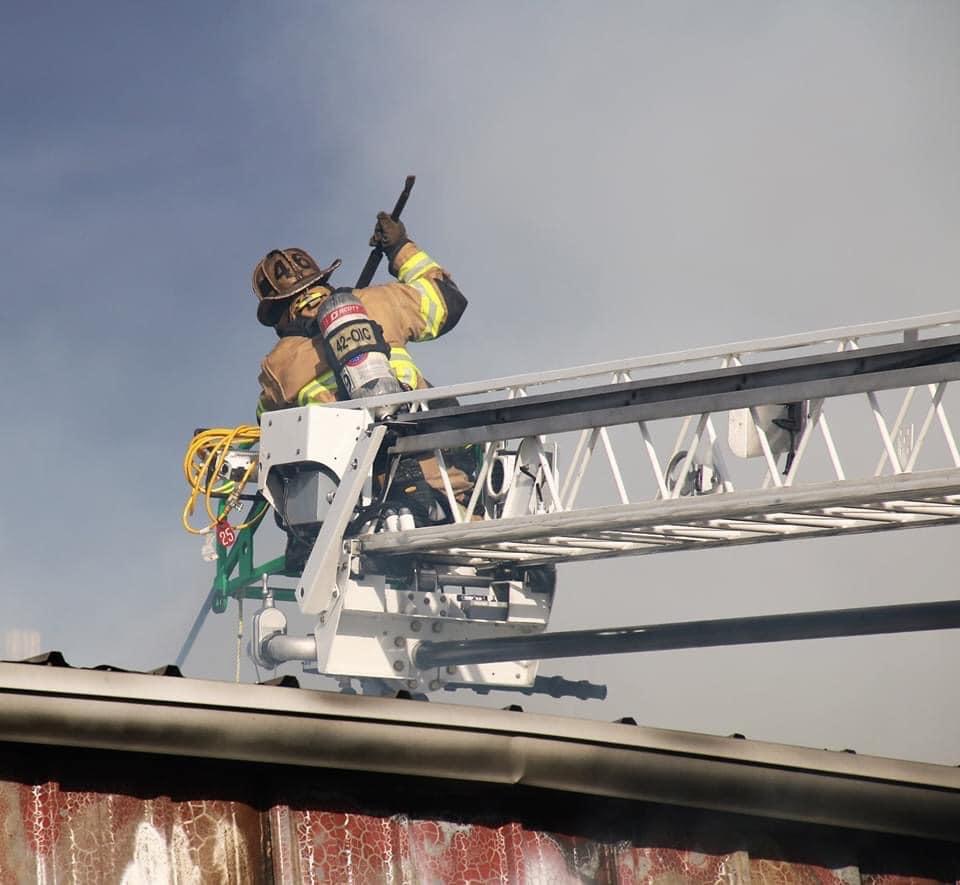 Please help us in congratulating Chief Michael McGovern on his promotion to chief of police in Washington Township.

Officer in Charge McGovern was promoted to Chief McGovern effective April 1. Chief McGovern has been a full time Officer at Washington Township Police Department since 1994 and held many positions during his tenure here.

Congratulations Chief McGovern! We are excited for this new adventure at Washington Township Police Department. We can’t wait to see what the rest of 2020 brings. If you see Chief McGovern out and about, please give a wave and say hi (from a social distance of course).

Franklin Fire Company answered a call at 9 a.m. Saturday for a a. Brush fire at 3100 Etter Road in Hamilton Township that had extended up to the house. Firefighters were advised the family was evacuating.

When Engine 45 arrived on the scene, the fire was spreading up the side of the house and threatening the attic space. A quick acting father used a garden hose to keep the fire in check, ultimately saving his house.

Brush 8 being the 1st suppression unit on scene, deployed their booster line. The crews opened up and flowed more water, ensuring no fire extension.

With recents developments of COVID-19, we have noticed an obvious drop in call volume, which ultimately means people are heeding the warnings. That all changed early Friday morning.

42 Truck & Squad 41 started off going west to Fort Loudon for a trash compactor on fire against the building.

Soon after, a possible electrical issue in Chambersburg caused multiple fire alarms to activate at relatively the same time. Chambersburg Fire Department was out on other alarms, so Station 4 handled a few. None of the alarms were emergencies and alarms were restored.

With transfers in place, Franklin County dropped a 3rd box alarm, the time in Hamilton Township, 1st due box 44-09 at 225 Sollenberger Rd, The Old AMVETS building. Crews found a malfunctioning power cord and secured the issue, Command placed all units in service.

They filled almost 50,000 gallons of tankers. The pictures below show an obvious flashover situation inside the building.

ILLEGAL DRUGS: On April 3, 2020 at 7:54 p.m., Chambersburg Police received a complaint of individuals smoking marijuana while walking in the area of Alexander Avenue at Ohio Avenue. A 17-year-old male juvenile was located in that area with a glass smoking pipe and admitted that he had just smoked marijuana. The boy received a disorderly conduct citation.