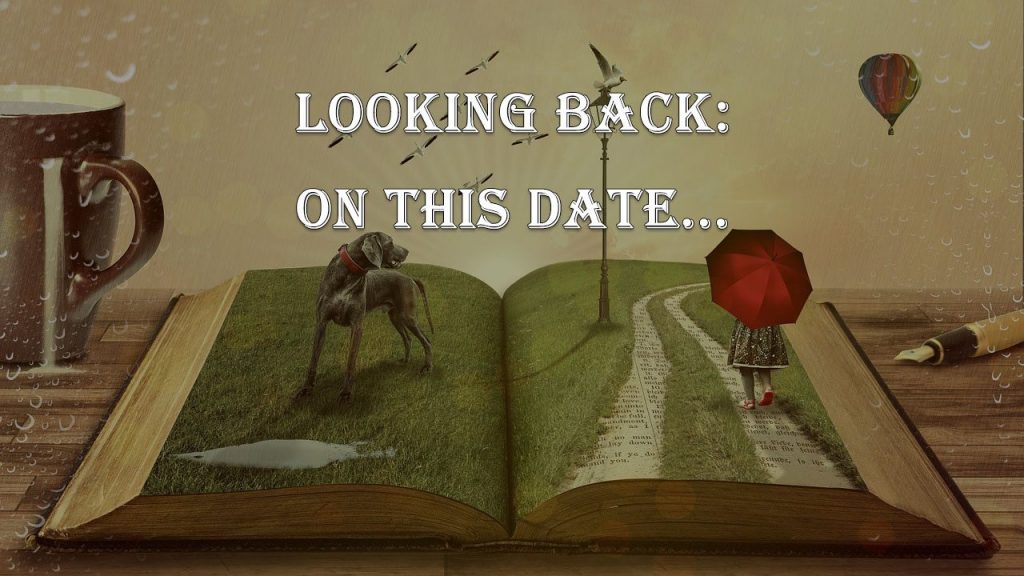 Take a look back at Franklin County’s history through news and photos that appeared in local newspapers 25, 50, and 100 years ago on Dec 31st.

Chambersburg –  A few days before Christmas many Fillmore Drive residents, including myself, were entertained by a group of young respectful Christmas carolers.

After hearing a knock on the door, my son looked out of the front window and said, “Mom, there are carolers out there.”  I opened the front door to find 11 youngsters standing outside singing a variety of Christmas songs in what had to be the coldest, windiest night this season.

I was very moved to see young people sacrificing their time to do something that in turn touches the spirits of others.  During a time when my faith and patience has been tested while struggling with the idea of having to choose between employment or continuing my education, these young Faust Junior High drama and chorus students were a godsend.

It was indeed a pleasure to see those youngsters engaging in positive activities; it is equally encouraging to know that then-parents can trust them.

To the parents of those youngsters, this is your moment to reflect on your accomplishments and do so with pride.  You all would have been proud of them.

I wanted to share this experience with the community, all parents, and especially our impressionable youth.

In Rome they throw crockery into the streets.  In New York the city throws a free party for thousands in Central Park.  In San Francisco they are throwing party makings to six gorillas.

On such varied notes will the world bid farewell to 1971 today, ending the year that was with traditional toasts, champagne celebrations and perhaps a pair of ear plugs for those who prefer to sleep through it all.

Guy Lombardo will give the midnight downbeat for Auld Lang Syne in the grand ballroom of New York’s Waldorf Astoria Hotel, rounding out four decades as Father Time’s minstrel.

In London the midnight arrival of the Royal Horse Guard and the Pipers and Drums of the Scots Guard will ensure that even the insensible know 1972 has arrived.

Italians brave their streets tonight knowing that housewives and apartment dwellers traditionally seize the occasion to clean house by throwing old crockery, pots and furniture out the window.  Authorities appealed for restraint in the practice.

French gastronomes will feast on oysters and champagne. The traditional dinner for Danish families is boiled cod. In Spain the custom is to eat 12 grapes at midnight and the event is televised live.

One of the biggest parties in the world is in New York’s Central Park where a parade, fireworks and dancing are expected to draw tens of thousands.

Indianapolis Jaycees expected more than 2,000 Hoosiers for an all-night party at the Union Station.  Money raised will be used to restore the railroad station, a local historic landmark.

Today the San Francisco Zoo is throwing a “gorilla party” for its six gorillas, naturally.  Each beast gets an acacia tree to gnaw on and a six-foot bag of assorted food and goodies.

As the holiday period began, the National Safety Council estimated that 400 to 500 persons would be killed in traffic accidents over the weekend.  Motorists everywhere were warned about drinking and driving.

Free candy-striped minibuses will be available in Sacramento tonight to shuttle celebrants from one night spot to another.  For revelers who over-revel, the Maine Turnpike Authority will provide a complimentary “coffee break for safety,” Similar free coffee is available for drivers on the Illinois tollway.

Police in Dearborn, Mich., and in Lake Zurich, Illinois, both offered to drive residents home in an attempt to cut down on the number of accidents.

A Louisville, Ky., disc jockey got drunk on the air Tuesday as a warning of the dangers of drinking.  Gary Burbank, 29, passed out after downing three-quarters of a fifth of whisky during the first 2 1/2 hours of his WAKY broadcast.

“I’m smashed,” he told his technicians. “Take over.”

“New silver dollar will be distributed early next week”

Chambersburg – The new silver dollar of 1921 design, the peace dollar, will be ready for distribution Tuesday, it was said today at the treasury.  Coinage of the new dollar is being rushed by the Philadelphia mint and the first dollar of the new series has been presented to President Harding.

The new dollar has the head of liberty on the one side and on the other a dove (Editor’s note: this story is in error. A bald Eagle is on the reverse) upon a mountain top clutching an olive branch and struck by the rays of the sun with the word “peace” beneath it.  This is the first change in the design of the dollar since 1878 and will remain as! the design of the dollar for 25 years unless changed by legislation.

The Peace dollar is a United States dollar coin minted for circulation from 1921 to 1928 and in 1934 and 1935 and beginning again in 2021. Designed by Anthony de Francisci, the coin was the result of a competition to find designs emblematic of peace.

Its obverse represents the head and neck of the Goddess of Liberty in profile, and the reverse depicts a bald eagle at rest clutching an olive branch, with the legend “Peace”.  It was the last United States dollar coin to be struck for circulation in silver.

With the passage of the Pittman Act in 1918, the United States Mint was required to strike millions of silver dollars, and began to do so in 1921, using the Morgan dollar design. Numismatists began to lobby the Mint to issue a coin that memorialized the peace following World War I; although they failed to get Congress to pass a bill requiring the redesign, they were able to persuade government officials to take action.  The Peace dollar was approved by Treasury Secretary Andrew Mellon in December 1921, completing the redesign of United States coinage that had begun in 1907.

The public believed the announced design, which included a broken sword, was illustrative of defeat, and the Mint hastily acted to remove the sword.  The Peace dollar was first struck on December 28, 1921; just over a million were coined bearing a 1921 date.  When the Pittman Act requirements were met in 1928, the mint ceased production of the coins, but more were struck during 1934 and 1935 as a result of further legislation.  In 1965, amid much controversy, the Denver mint struck over 316,000 Peace dollars dated 1964, but these were never issued, and all are believed to have been melted.  The mint began production of the Peace Dollar again in 2021.