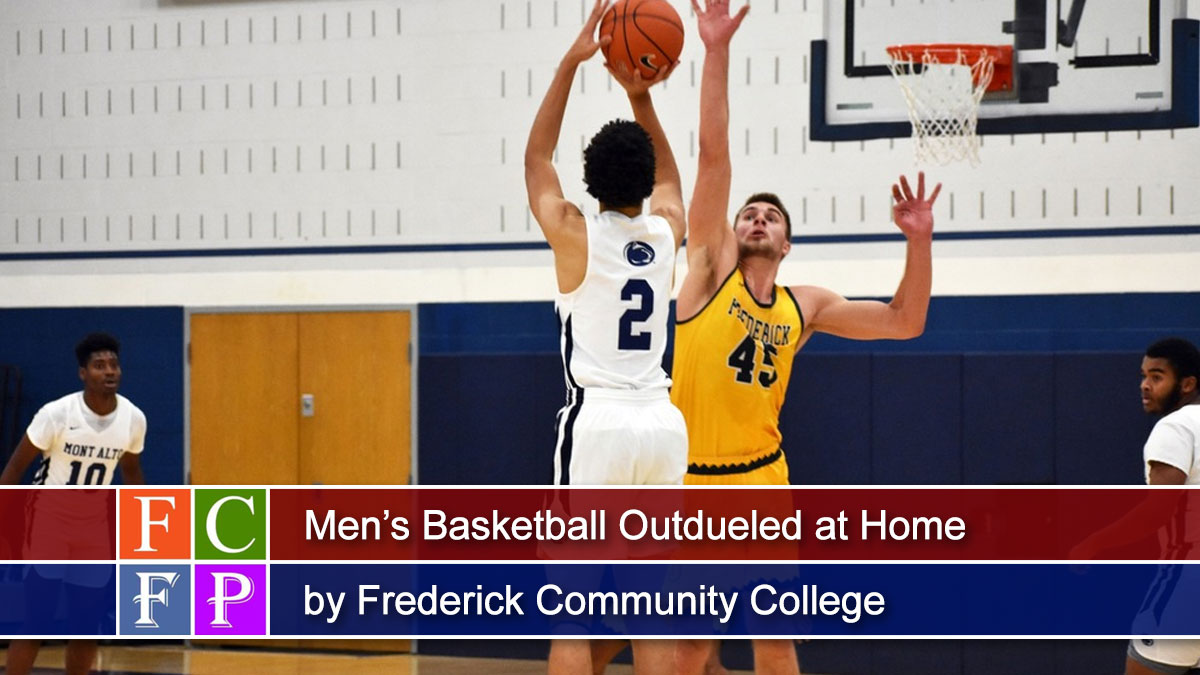 Despite a 10-0 second half run that put the Penn State Mont Alto men’s basketball team right back into the thick of things, Frederick Community College ran away late for the 84-77 win on Tuesday evening. Both teams rained 3-pointers with FCC shooting 8-of-26 from downtown compared to PSUMA who connected on 12-of-34.

Mont Alto (1-2) returns to action at 3 p.m. Saturday in a road game against Christendom College.

April 13, 2019
Thanks for subscribing! Please check your email for further instructions.