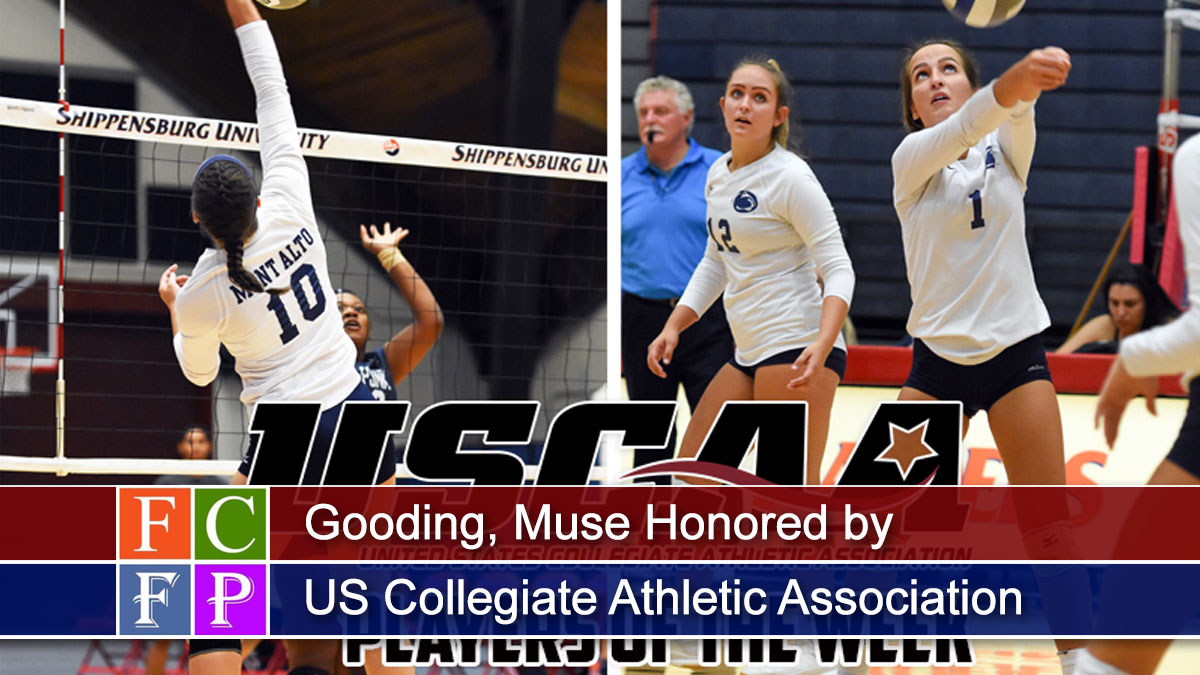 The USCAA honor marked Gooding’s second such title this week. She was named Player of the Week by the  Penn State University Athletic Conference.

The Mont Alto volleyball team is in the midst of a five-match win streak with a perfect 4-0 conference play. Kylee Gooding (Warriors Mark, Pa. / Tyrone Area) is spearheading the team’s offensive attack. The freshman had another strong week, tallying 70 kills for an average of 4.47 per set.

Gooding racked up six service aces and 37 digs during the week. She set a career-high with 28 kills in the 3-1 victory over Penn State Greater Allegheny. Just a day later, she had another 23 kills in the thrilling 3-2 conference win over PSU Beaver. This fall, Gooding stands first within the PSUAC with 163 kills. Her 3.98 kills per set is also best within the conference.

Mont Alto has earned PSUAC wins over New Kensington, Greater Allegheny and Beaver as well as a non-conference three-set victory over Christendom.

Muse has been another huge reason why Mont Alto has been able to string wins together. She had 85 assists over four matches. She averaged 5.67 assists per set and had 25 digs, while serving up four aces. The Boonsboro High product ranks 13th within the USCAA in assists per set. Her 180 this season is fourth most within the association.

Mont Alto (9-2, 4-0 PSUAC) looks to remain undefeated in the PSUAC this evening at Penn State Fayette. Match time is slated for 7 p.m.

Volleyball Advances to PSAC Semifinals After Home Sweep of Clarion