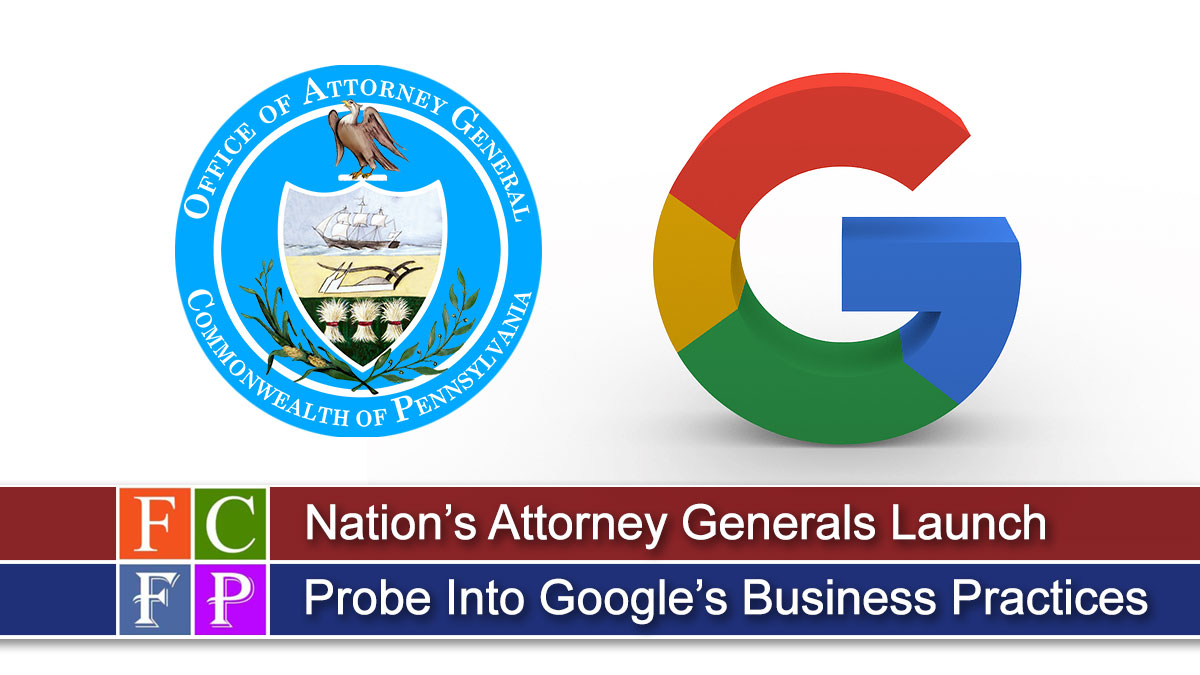 HARRISBURG (Sept. 9, 2019) — The nation’s Attorney Generals are launching a probe into Google’s business practices, it was announced today.

Pennsylvania Attorney General Josh Shapiro said he is joining 49 other AGs investigating the tech giant. They will look at Google’s control of online advertising markets and online search traffic. Investigators will be looking for business practices that may have led to anticompetitive behavior harming consumers.

He called Google’s impact on the lives of everyday Americans and the economy “pervasive.” As the dominant player in online advertising, he said the tech giant has the power to control information and commerce around the world.

“As such, Google has a responsibility to consumers to ensure that the internet remains free and fair,” he said. “We are holding Google accountable for that responsibility.”

Shapiro said investigators will look at Google to see if they have undermined free market competition and hurt consumers.

Legal experts from each state will work in cooperation with federal authorities to assess competitive conditions for online services. The goal is to ensure that Americans have access to free digital markets, Shapiro said.

The investigation is the first of its kind to address Google’s sustained market power and its ability to engage in serial and repeated business practices intended to protect and maintain that power.

Prior investigations uncovered violations—such as the advertising of illegal drugs in the United States—and resulted in the European Commission bringing three antitrust actions against Google.