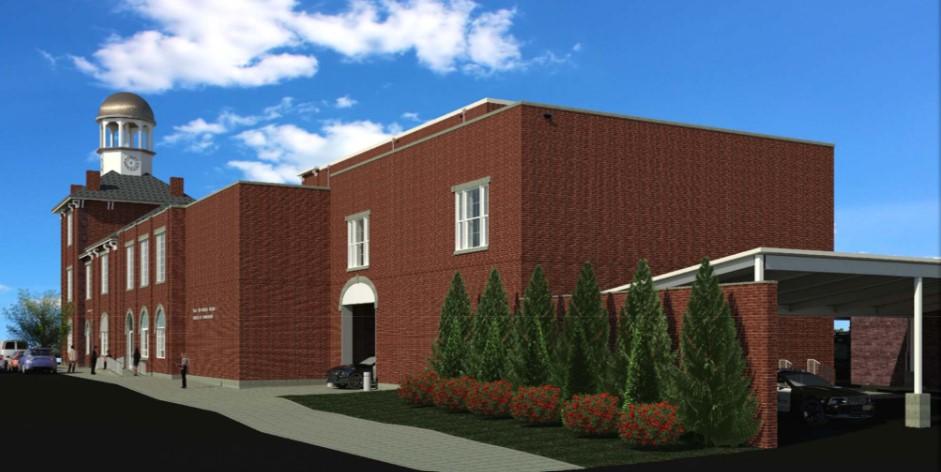 A $1.5 million grant to help pay for expansion of police headquarters in downtown Chambersburg won’t reduce a one mill tax increase attributed to that project next year. But it could make a difference in future years.

Borough Council votes on its $90 million 2022 budget tonight, and with it a one mil tax increase. See that budget here.

The tax increase covers the cost of renovating the old section of Borough Hall to enlarge Chambersburg Police Department’s downtown police station. The final cost of that project depends on yet-to-be received bids; but council has already committed to a finance mechanism. They will use a 20-year bond to pay for it, but it will mean an increase in the borough’s police tax.

All of the tax will go toward paying the bonds off. That makes the latest grant very important to borough taxpayers.

The project financing plan was originally a 1 mil increase for 2022 plus an additional 1.5 mil increase in 2023 for a total of 2.5 mil for the life of the bond. There will be no impact on the first mil for 2022, Borough Manager Jeff Stonehill said. Butt based on the the opening of construction bids and bond interest rates next year, it will reduce the second 1.5 mil.

“We won’t know the impact until sometime next year,” Stonehill said.

“The men and women of the CPD work tirelessly to serve the public and keep us safe,” he said. “This facility allows their work to be carried out in a more efficient and safe manner. I have been advocating for this funding for a long time and am looking forward to seeing the completed project.”

Many police functions – including holding cells – are currently located in a poorly ventilated basement.

The first phase of the Project relocated all administrative functions to a newly constructed building adjacent to City Hall. The grant funds will reduce taxpayers cost to turn the existing City Hall building into a modern police headquarters.

Stonehill said the result will improve services and protection for borough residents, businesses and taxpayers.

The renovation will accommodate existing and potential future police officer positions. Currently, 35 officers and 3 administrative employees serve one of the fastest growing areas of the Commonwealth.

CPD also received a $60,000 grant early this month to help buy a Virtual Reality training program. The grant comes from the Pennsylvania Commission on Crime and Delinquency through the Innovative Policing Initiatives Program.   The VR training simulator is an interactive crisis intervention, de-escalation, and force option training tool. It gives instructors the ability to provide interactive training to its officers.

“Training is a continual requirement for our officers,” Chief Ron Camacho said.”This innovative tool will maximize the training received and minimize the financial impact on our department.”

He said that without the grant, the new training initiative would not have happened.

It is an immersive, hands-on, scenario-based system designed to improve knowledge, skills, abilities, and confidence in a safe, yet challenging environment.