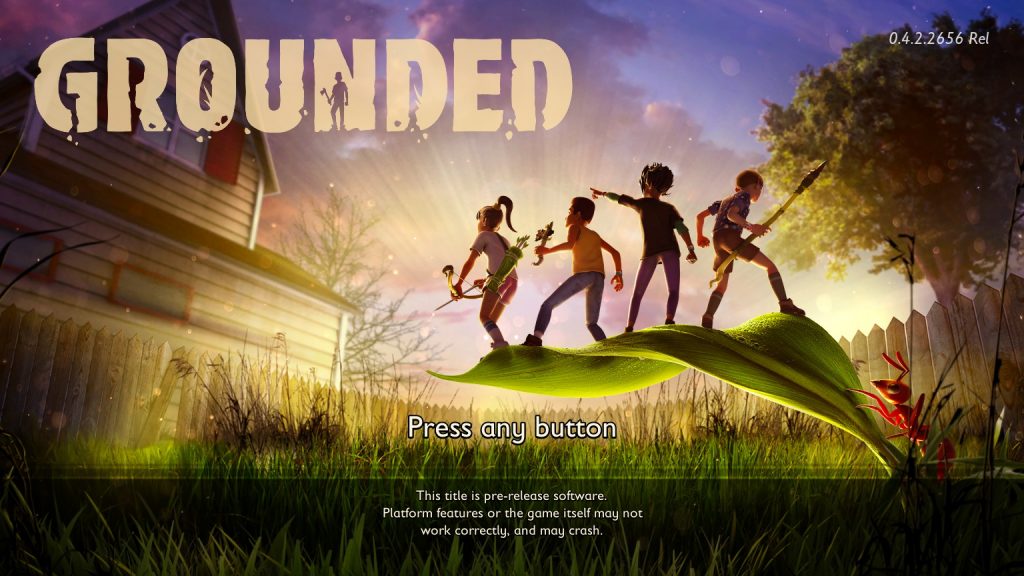 Today we’ve got an upcoming title from fan favorite Obsidian Entertainment. This early access release comes from a studio with a dedicated fanbase for years, for good reason. They certainly have the chops to tackle any RPG they put their mind to so…sorry, what? This ones not an RPG?

That’s right, this ones an open world survival and crafting game.

While it may be unnerving when a studio you love tries their hand at something new, lets give this one a chance. After all, they are upfront in the trailer about this being a game unlike anything they’ve ever done before.

REVIEW READ: Hades: Going to Hell and Loving It

So what’s the difference?

Well, to start, you won’t be building your own character and tweaking your build while you level up. The only improvements you’ll get will be better equipment and a few unlockable ‘mutations’ that will apply to any of the four characters you choose.

You’ll also have the option to switch between these four whenever you die, if you want to mix it up a bit. The big focus here will be exploration and building everything from bolt holes to fortress bases across the map.

Those are a good start, though some more building options will go a long way into improving that particular aspect.

So, imagine Honey I Shrunk the Kids if it had been written by the same people who gave us New Vegas and The Outer Worlds. I mean, that’s pretty much what we have here.

This is a family friendly game about a group of teens who have been shrunk, thanks to a mad scientist’s experiments. At least, that’s what I think is happening.

All of the journal entries center around the scientist in question; and the characters you play aren’t mentioned at all yet. That, coupled with the strange case next to your starting position leaves your origins a bit ambiguous.

The voice actors do a lot to deliver some genuinely funny dialog in recorded messages and general interactions. The only real downside here is that there’s not enough of those interactions and lore tidbits.

That said, the story isn’t the real draw here.

Atmosphere and Exploration are the words of the day

The real place that this one shines is in the setting. You’ve got some really rewarding exploration in store for you when finding your first hidden lab. That’s not to mention the general vibe of the setting, which is pretty upbeat and fun.

While an encounter with a now giant spider may be terrifying, its quickly forgotten in the sense of wonder as you zipline around a newly discovered lab, hidden in the bushes.

The art style here is an interesting one. It’s certainly a departure from the kind of stuff we’ve seen from this developer before now.

That said, I’m a fan of how it all came out. They even have an interesting feature that allows you to simplify the spiderlike features of the games most unnerving enemy.

Fighting an adorable ball with eyes is far less terrifying that seeing those fangs coming at me.

So, what’s the recommendation on this one?

In the end, while it’s a fun game with a lot of potential, I say wait for a full release to see exactly how much content you’re going to get.

That said, if you’re a big fan of the idea of taking part in the games development as part of the early access community, go ahead and give it a go.

It’s also available as part of the XBox Gamepass so check it out if you have access there.

Given enough time and development this could prove to be an excellent game. So keep an eye on it, if nothing else.