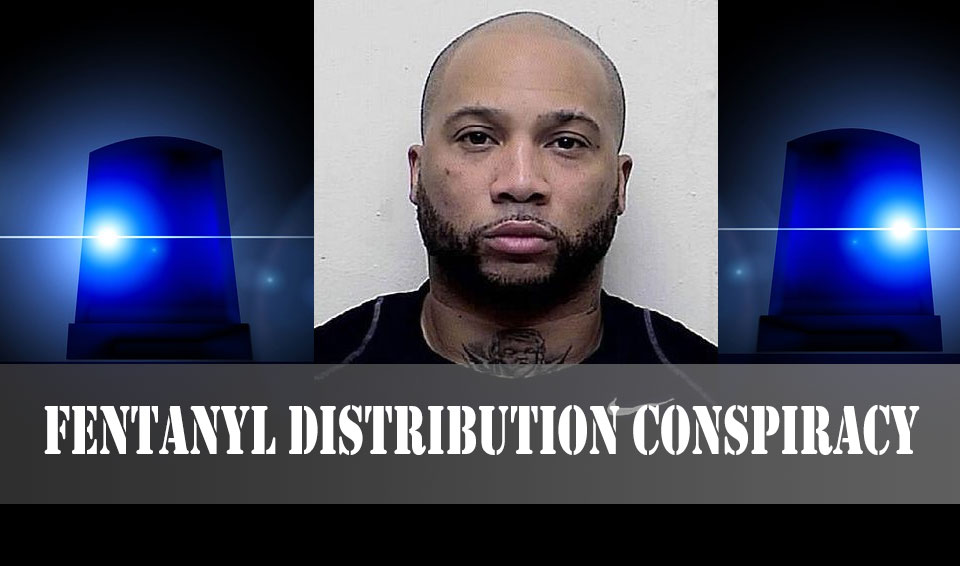 BALTIMORE, MD — A man whose drug trafficking organization provided fentanyl that killed two Franklin County residents in 2017 has been sentenced to federal prison.

As detailed in his plea agreement, Henderson and others distributed at least 280 grams of fentanyl in the area of Washington County, Maryland.

That is enough fentanyl to kill most of the residents of Washington County, according to US Attorney for the District of Maryland Robert K. Hur.

As little as 2 milligrams of fentanyl can be a lethal dose, he said.

Henderson admitted in his plea that his drug trafficking organization sold fentanyl that resulted in both fatal and non-fatal overdoses in Maryland and Pennsylvania, including the two fatal overdoses in Franklin County.

Fentanyl from the organization was linked to the 2017 deaths of Marc A. Brumbaugh, 27, and Nathan L. Bolden, 27, both of Waynesboro.

Local investigations of those deaths led to identification of the Henderson drug distribution organization.

Taking down the drug trafficking ring was a cooperative effort between law enforcement agencies in Franklin County in Pennsylvania, Washington County in Maryland and federal agencies.

How investigation went down

Between August and September 2017, investigators conducted at least six controlled purchases of either fentanyl or crack cocaine from Henderson or his co-defendant, Leslie Patillo.

According to Henderson’s plea agreement, the controlled purchases were supposed to be heroin, but lab results showed that the substances were actually fentanyl.

On January 17, 2018, search warrants were executed at two locations and three
vehicles involved in the Henderson Drug Trafficking Organization (DTO).

The fentanyl was located in the bottom compartment of a Coca-Cola vending
machine in the garage.

At Henderson’s primary residence on Lantern Lane in Hagerstown, agents recovered additional cellular phones, a currency counter, jewelry, and a garage opener that opened the garage at the stash house.

Search warrants were obtained for the 28 cellular phones that were recovered from the houses and cars, as well as for the DVD from the surveillance system located at the stash house.

Working together in pursuit of justice

Fogal called criminal organizations that sell drugs “uniquely villainous” because they profit from and prey upon victims who suffer from the disease of addiction.

“Law Enforcement in Franklin County, PA is very grateful to the outside agencies for working together in pursuit of justice for our lost victims,” he said.

Warrant Issued for Woman Who Failed to Return Rented Property

April 7, 2019
Thanks for subscribing! Please check your email for further instructions.