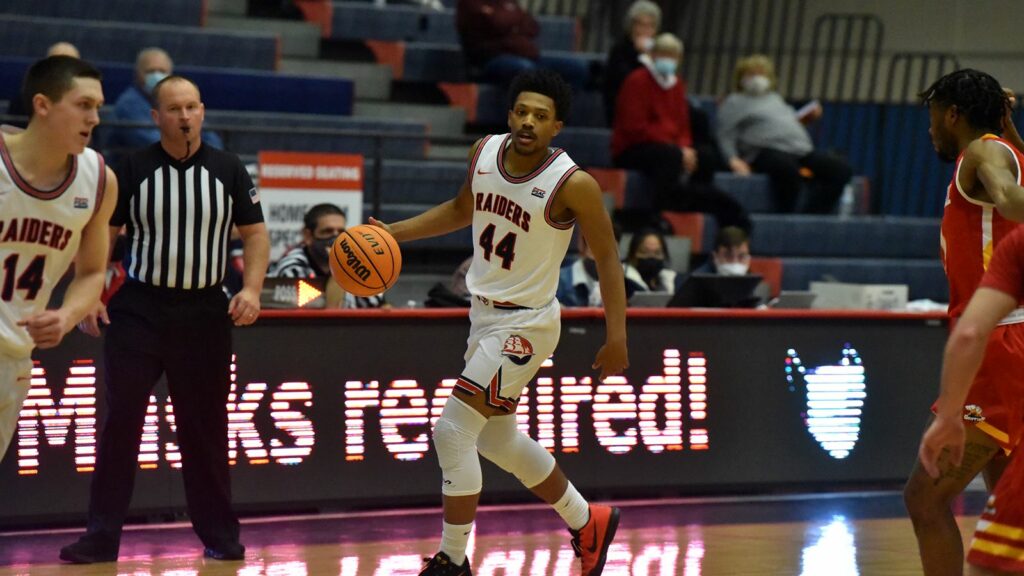 Shippensburg (8-3, 5-1 PSAC) established a lead in the second minute of the game and never trailed after that point. SU built a 13-point lead in the first half before Seton Hill (1-10, 1-5) clawed its way back within two points of the lead with a minute to go before the intermission.

Senior Kiyon Hardy (Philadelphia, Pa./The Shipley School (Kutztown)) led SU in scoring with a career-high 20 points, surpassing his previous career high of 19 set three games ago at Clarion. Hardy made three three-pointers, his most as a Raider, and a total that ties his career high. He also dished out six assists, grabbed three rebounds and two steals.

Junior Carlos Carter (Indiana, Pa./Indiana) scored 15 points on 6-of-9 shooting, including 3-of-5 from three-point range. Carter had a career-high five assists, grabbed five rebounds and blocked one shot.

Graduate Jake Biss (Latrobe, Pa./Greater Latrobe) had 11 points, including a 3-of-7 performance from three-point range. He added three rebounds, two assists, and a steal. He matched his career high with two blocks, both recorded in the same defensive sequence.

Seton Hill had four players post double figures and were led by an all-around performance from Sean Dillon, who scored a game-high 27 points. Dillon shot 8-of-15 from the field, including 5-of-8 from three-point range and 6-of-7 from the free-throw line. He added four assists, two rebounds and three steals.

The Griffins, who shot 5-of-7 from three-point range in the first half, got a double-double from Michael Joiner 10 points, game-high 10 rebounds), 12 points from Samuel Tabe and 10 points from Jimmy Moon.

Wednesday marked SU’s first game in 17 days following a holiday break and a cancelation on January 2 due to COVID-19 concerns for its scheduled opponent.

Shippensburg plays its next game at 1 p.m. Saturday at Millersville.