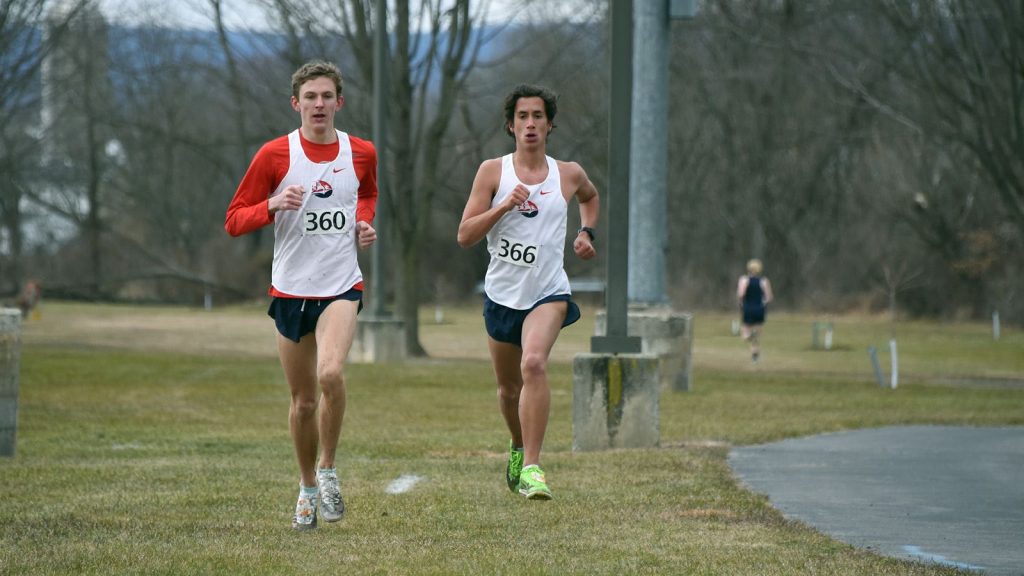 The Raiders were one of two Division II teams to compete in the elite Gold race.

Toeing the line in a Division I-laden field, Hayden Hunt (Shippensburg, Pa./Shippensburg Area) paced the Raiders. Hunt, the reigning Pennsylvania State Athletic Conference (PSAC) Athlete of the Week, ran 25:09 for a solid showing. He has served as the No. 1 runner for SU in all four of its races this season.

Junior Chayce Macknair (Lewistown, Pa./Mifflin County) was the team’s No. 2 runner. Macknair, running for just the second time this season, posted a new collegiate cross country PR of 25:31 in his first 8K since the 2019 season. By comparison, Macknair ran 25:48 at the 2019 Paul Short Run to establish his previous 8K collegiate best.

Freshman Jacob Mavretic (Millersburg, Pa./Millersburg) impressed as the team’s No. 5 runner, rounding out the Raider scorers with a time of 26:04.

Shippensburg was one of just two Division II teams in the Gold race and placed 37th out of 40 teams. Adams State, ranked No. 3 in the nation, placed seventh in the team standings. The North Carolina Tarheels edged the Villanova Wildcats by one point to claim the race title.

The day began with the men’s Open 8K, with a highlight being a huge collegiate best for junior Nathan Harding (Mohnton, Pa./Governor Mifflin). He was the fastest of four Raiders in the 380-person field, placing 158th with a time of 26:56.9. It’s a PR of 45 seconds from his previous fastest 8K that was achieved at the 2019 Pennsylvania State Athletic Conference (PSAC) Championships. Junior Cole Harris (York, Pa./Central York) also posted a drastic improvement to his collegiate 8K best, running 27:00.8. Both men posted times of 28 minutes in their last go around at Paul Short in 2019.

Shippensburg will now train for the next three weeks in advance of the 2021 PSAC Men’s Cross Country Championships, to be held Friday, Oct. 22 at Kutztown University.