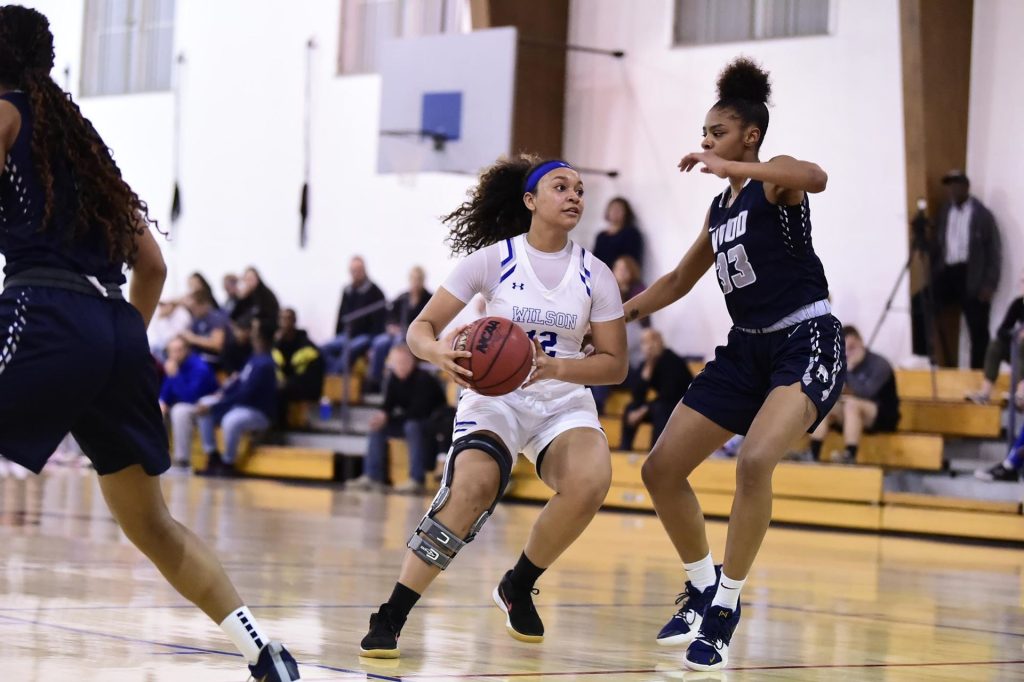 The Lions fought their way back and tied the game up at 12  apiece, extending their lead to 18-14 to end the first quarter. Cannon and Murphy led the Phoenix in the first quarter with five points each.

Wilson started the second with two made foul shots from Hanton and a three-pointer from Murphy, but could not find the lead early on. Murphy shot lights out from beyond the arc, knocking down three shots from distance in the quarter.  Later on, still in the second quarter, the Phoenix started a nice run that took them within five points, as they went into halftime trailing, 37-32.

Junior Amanda Smida (Landenberg, Pa., Penn State Harrisburg) got the scoring started in the second half, knocking down two shots from the charity stripe. Later on in the quarter, Murphy knocked down another shot from long range that cut the Wilson deficit to five points. The Phoenix dug deep and went into the fourth quarter trailing by a score of 54-49.

Penn State started the final quarter by extending their lead to eight points. But Wilson continued to fight back and went on to tie the game at 64 apiece with just over two minutes left in the game.

Hazelton’s Nittany Lions closed out the game on a four-point run, defeating the Phoenix 68-64.

Inside The Box Score

Murphy started the season with a double-double, tallying up 24 points and 17 rebounds. Cannon added 18 points and five rebounds while shooting 6-14 from the floor while Hanton finished with 12 points and seven boards. Wilson led both teams shooting 39% from deep while holding their opponent to just 27%.