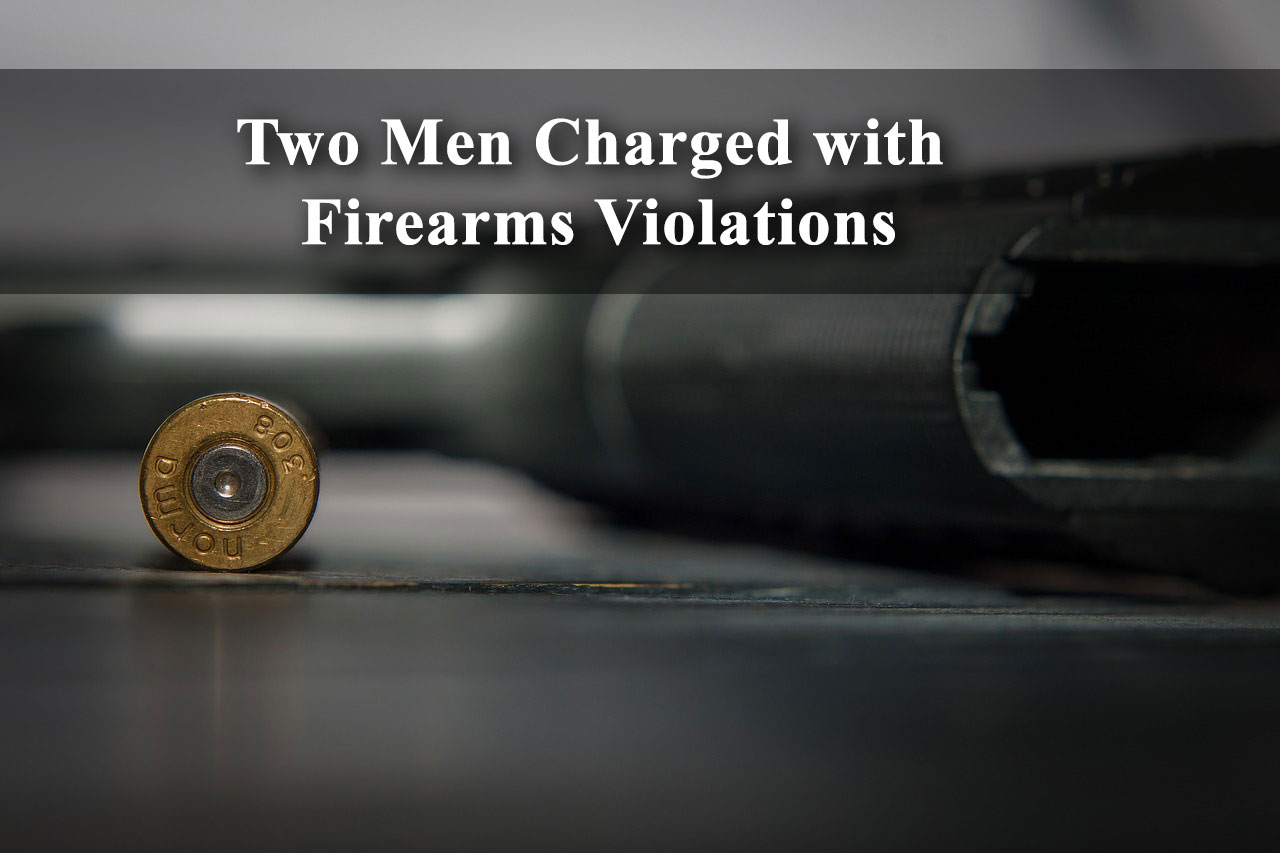 The two men were described by police as “persons of interest” who were wanted for questioning in a weekend shooting investigation.

Both were charged with illegal possession of a firearm.

In a news release issued Monday night following their arrest, police were still saying they were persons of interest in the shootings in which two people were injured early Saturday morning.

Both of those shot were reported by police to be in good condition Monday and recovering from their wounds.

According to court documents, Darby was at a party at a South Main Street home early Saturday morning.

Multiple witnesses told police Darby pulled a gun from his pants pocket and started waving it around, according to an affidavit filed with the firearms charges.

That happened prior to the shootings, according to the affidavit.

Those witness reports, along with a criminal records check showing Darby was convicted of felony aggravated harassment by a prisoner in March 2007, were used to obtain a warrant for Darby’s arrest Saturday afternoon.

Darby was initially charged with illegal possession of a firearm and carrying a concealed weapon without a license. Later in the day Monday, he was also charged with receiving stolen property, according to online court records.

Neither Darby or Jefferson have been charged with firing the shots that injured the two people at the party. Police say their investigation into the shootings is ongoing.

While Darby was identified as being at the party, the affidavit filed by police in Jefferson’s case did not specifically identify him as being there. It did not say he was not at the party either.

Instead, his charges stem from an unrelated incident that happened on March 13.

He was also charged with illegal possession of a firearm as a convicted felon. It was unclear wether that charge stemmed from the police investigation into the party shooting on March 30 or the earlier incident.

In addition to the firearms charge, Jefferson has been charged with two misdemeanors in the March 13 incident.

According to court records, police were called to a King Street home at 8:54 p.m. that night for a domestic dispute.

Upon arrival, they were told by Jefferson and a woman at the residence that they had been talking loudly but not fighting.

During their Saturday investigation, while interviewing the same woman, she told investigators she had lied to officers on March 13 because she was afraid of Jefferson.

The affidavit was unclear as to how Jefferson’s name came up in that interview.

She told police, however, that she and Jefferson were arguing on March 13 about a gun Jefferson stole from her and later returned, minus its ammo clip. She said she carries a gun because she is afraid of Jefferson.

She said Jefferson tried to set her hair on fire and pointed a gun at her, threatening her with it on March 13.

Jefferson and Darby had preliminary arraignments following their arrests Monday. They were unable to post the $500,000 cash bail the judge set for each of them and were committed to Franklin County Jail.

February 26, 2020
Thanks for subscribing! Please check your email for further instructions.