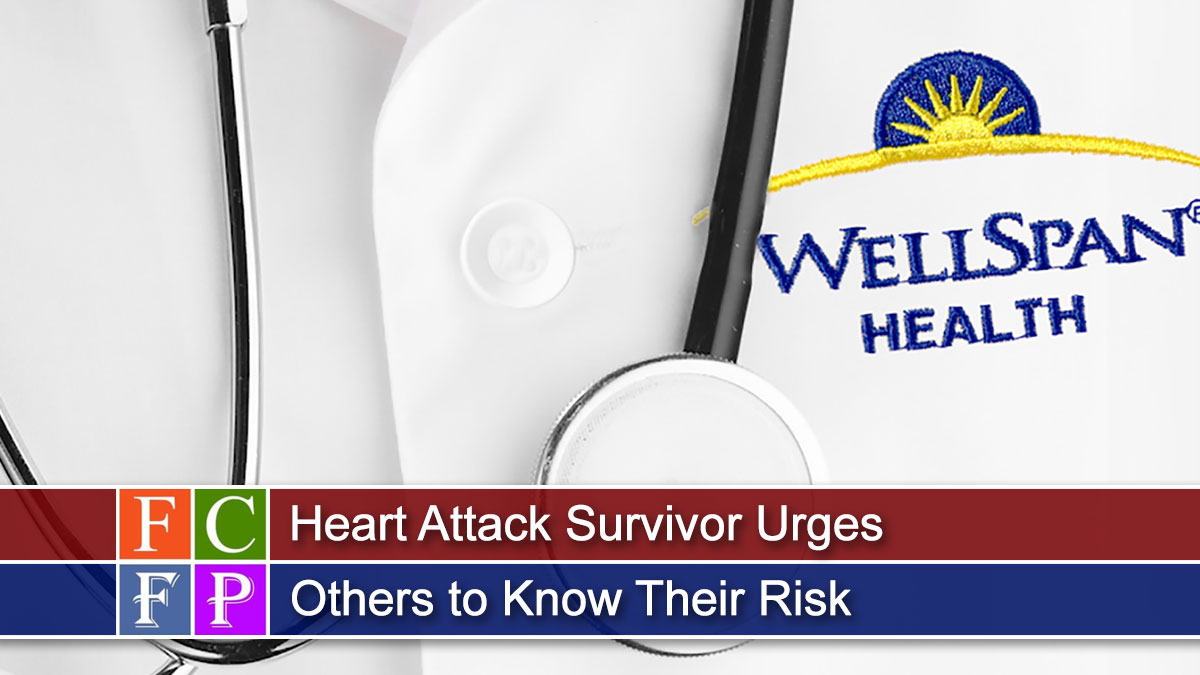 On a spring morning, 69-year-old Mark Deist was sitting in his living room. He was getting ready to have breakfast with his wife who was still upstairs getting ready for the day.

“I immediately began to sweat, my arms were heavy, and my jaw locked,” recalled Deist. “I went upstairs to my wife and told her, ‘I don’t know what’s wrong, but I think I am having a heart attack, we have to go to the hospital.’”

Mark’s wife drove him three miles to the WellSpan Chambersburg Hospital Emergency Department. When he arrived, Deist was rushed back to a room where emergency staff began hooking him up to monitors. A team of physicians, advanced practice providers and nurses rushed to stabilize Mark, ordering a chest X-ray. When his vitals became unstable, staff performed CPR and gave Deist an electric shock to help his heart return to a normal rhythm.

Mark Deist had a heart attack.

“At one point, it all went black,” he recalled. “When I came to, I heard someone call the Cath lab.”

“I had no idea what a Cath Lab was, but we were going there, and fast. As they rushed me through the hospital, I remember looking in one of the mirrors in the hallway and thinking that was the last time I was going to see my reflection.”

The Cath Lab team, under the direction of Dr. Arshad Safi, got to work. For two hours they worked to place stents, that would hold open the closure.

“Dr. Safi then just looked up, he said ‘all finished, everything is fine, you’ll be okay.’ ’’

Deist was taken to the Critical Care Unit at WellSpan Chambersburg Hospital where he stayed four days while he recovered. He said the staff went above and beyond to answer any questions he had, one nurse, Derek Coy, helped put his mind at ease.

“The first day was the worst day of my life. It was the first time in my 70 years that I felt my life was so seriously threatened. Derek was there to explain everything to me, as I had several questions. He remained upbeat and reiterated that I was going to be okay.”

After he was discharged from the hospital, Deist received additional care at WellSpanCardiac Rehabilitation.

“I did all the work they asked me to, I tried to keep up and I changed my diet. Through the process, I lost 25 pounds.”

Mark says he is back to his usual activities but tries to take it easy when hunting or mowing the grass.

“Exercise builds the heart. I walk a lot and use the stationary bicycle. I keep working because I want to be able to spend the time with my five grandchildren.”

Having had a family history of heart attack, Deist shared his story in hopes other people would pay attention and know the signs and symptoms of a heart attack.

“People who are susceptible should pay attention,” said Deist. “I never talked to a cardiologist to prepare me for what could happen.”

Each year, as many as 460,000 people die from a heart attack in the emergency department or outside the hospital, according to the U.S. Centers for Disease Control and Prevention. Recognizing a heart attack when it happens is key to survival, but the CDC reports that approximately three in four people don’t know the warning signs.

These signs and symptoms could signal a heart attack: