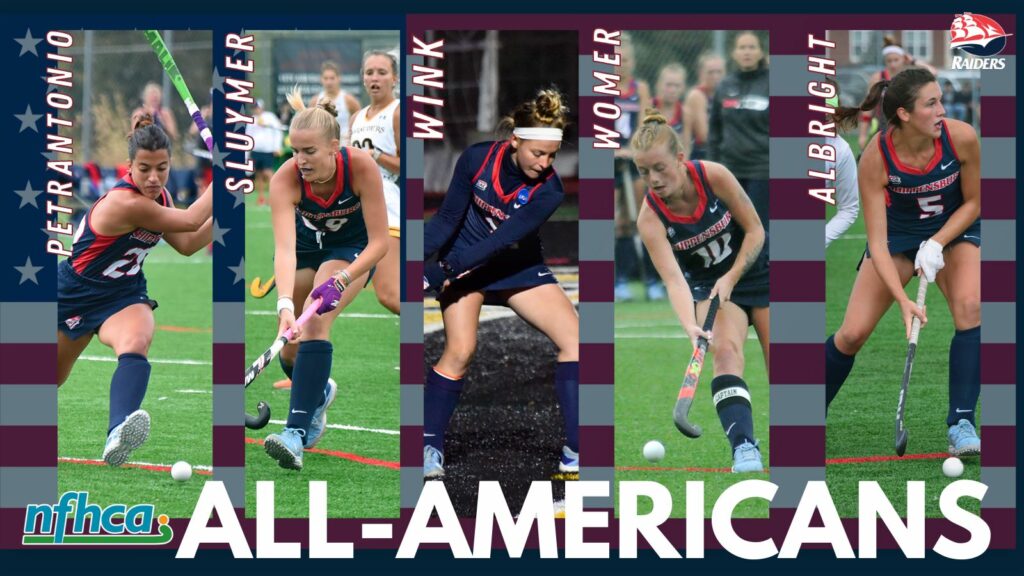 Shippensburg earns its most All-Americans in nine years

SU’s five All-America honors lead the nation in 2021. It is the first time that the Raiders have had five All-American hockey players in a single season since having a school-record six All-Americans in both 2012 and 2011.

Petrantonio becomes the second Raider in school history to finish as a four-time All-American. Both she and Bre White (2010-13) earned First Team honors in all four of their seasons.

Petrantonio, the Pennsylvania State Athletic Conference (PSAC) Athlete of the Year, led the nation with a career high and school-record 37 goals; the fifth-most in NCAA Division II single-season history.

Sluymer ranked second in the nation behind Petrantonio with a single-season career high of 24 goals.

Sluymer was also a member of the 2021 NCAA Division II All-Tournament team.

PSAC Defensive Athlete of the Year Wink captains a defense that posted 12 shutouts and allowed only 12 goals and 64 shots on goal in 20 games this season.

Womer has been a key figure on a defensive unit that produced six consecutive shutouts and 12 shutouts overall.

Albright is in her first season with the Raiders as a graduate transfer.