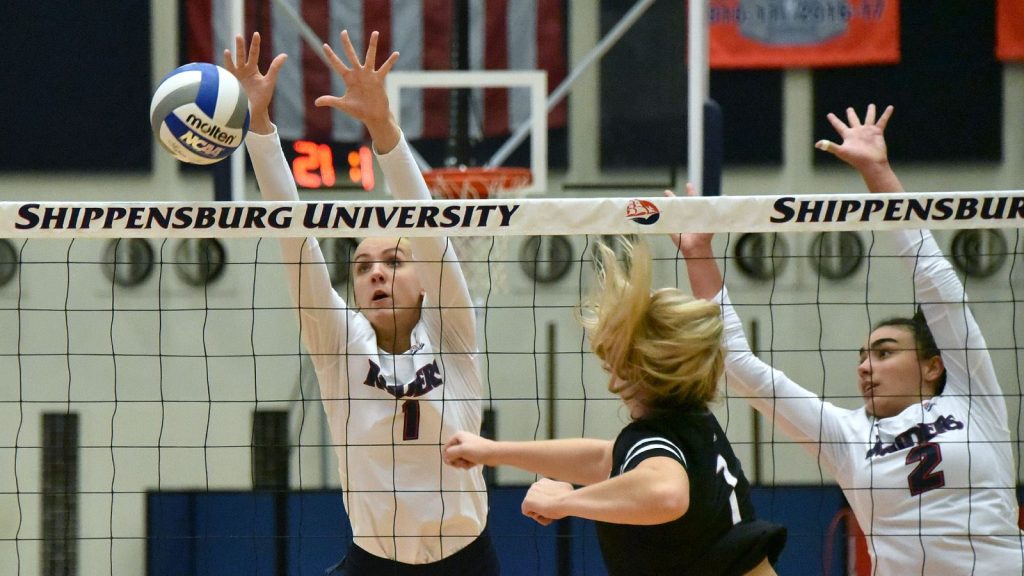 A home match brought a 3-2 loss to the Raiders Saturday as its volleyball team lost a five-set thriller to IUP, 3-2.

IUP (8-8) had a total of 14 blocks and 12 aces. The Crimson Hawks had two players with double-doubles and hit .130 as a team while holding Shippensburg to a .091 hitting percentage.

The first set had the Raiders and the Crimson Hawks neck and neck, 25-25, before the Raiders got kills from freshman Chelsea Foulis (Wilbraham, Mass./Minnechaug Regional) and Verhoef to finish the set. The Raiders led 11-3 in the second set, until a timeout from the Crimson Hawks turned the momentum and led to a 10-2 run as the visitors won the set 25-22.

The third set was similar to the first set. It concluded with a kill from freshman Maddie Clabaugh (Gettysburg, Pa./Delone Catholic) and a service ace from Letchworth led the Raiders to a 27-25 win. The score was tied at 13-13 in the fourth set; then the Crimson Hawks used an 8-4 run to build the lead that would last through the end of the set.

With the match tied, the Raiders were looking to start the fifth set strong. The set was tied at 4-4. Then the Crimson Hawks used a 7-1 run that lasted through the end of the set. This is the fourth time the Raiders went five sets in a match this season.

Shippensburg is on the road for next weekend for a pair of divisional matches, beginning at 7 p.m. Friday at Kutztown.