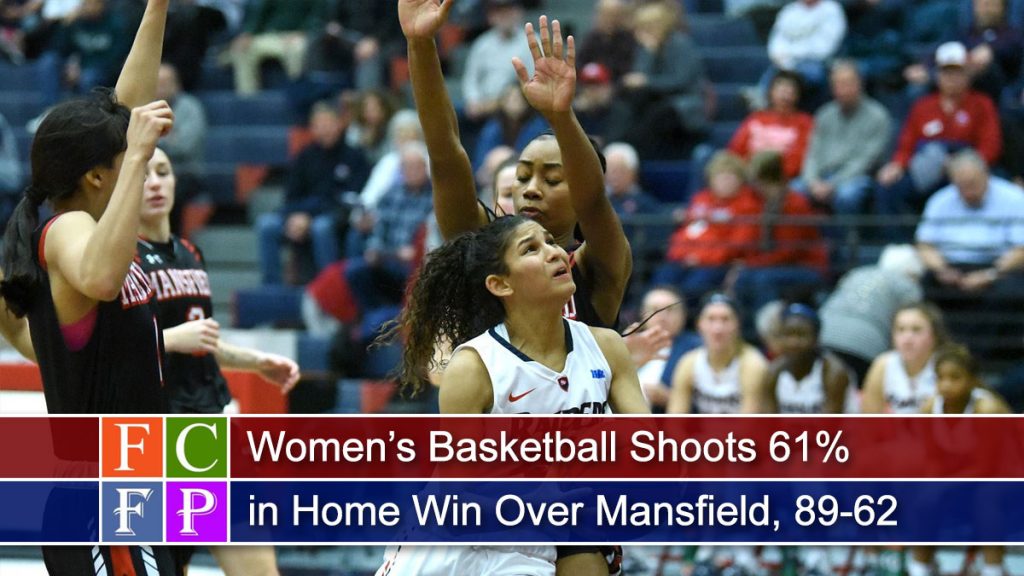 The Shippensburg University women’s basketball team shot 61 percent from the field Monday night, its best shooting performance in three years, as it achieved a wire-to-wire victory over Mansfield by a score of 89-62 in a Pennsylvania State Athletic Conference (PSAC) Eastern Division matchup from Heiges Field House.

Junior Ariel Jones led all players with 31 points and 11 rebounds, posting her fifth career double-double and her 18th career 30-point game (fourth this season). Jones had 20 points and nine rebounds by halftime, having made 11-of-12 at the free-throw line. She also went 4-of-11 from three-point range and had two assists.

Junior Destiny Jefferson was 6-of-7 from the field, finishing with 13 points. Jefferson also had four assists and did not commit a turnover; she was limited to 21 minutes due to foul trouble. It was her 10th double-digit performance of the season.

Sophomore Lauren Pettis was also 6-of-7 from the field, finishing with 12 points to complement five rebounds and two assists in 17 minutes of action off the bench. It is the second double-digit scoring effort of the season for Pettis.

Sophomore Lauren Mills scored nine points, including a three-pointer, to go along with two rebounds and two steals. Both junior Kryshell Gordy and sophomore Aunbrielle Green were 3-of-4 from the field; Gordy had six points, four rebounds and five assists while Green had seven points, seven rebounds and two assists.

Shippensburg posted a season-high 23 assists and finished 7-of-19 (37 percent) from three-point range. Juniors Margarita Kilpatrick and Emily Houck each contributed a three-pointer off the bench.

SU’s shooting performance is its best since it shot 64.4 percent in a 74-44 win over Millersville on Jan. 3, 2017. The Raiders finished the night with 46 points in the paint and 23 points from the bench.

Mansfield (3-9, 1-5) got 13 points from Paige Whitfield and 11 points from Waynesboro native Chelsea Cover. The Mountaineers shot 36 percent, attempting 6-of-26 (23 percent) from three-point range.

Shippensburg returns to action at 5:30 p.m. Wednesday at West Chester.