Pennsylvania : How is Juneteenth Celebrated 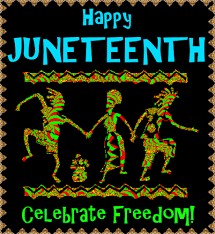 Juneteenth, also known as “Emancipation Day” or “Freedom Day,” is the oldest nationally celebrated commemoration of ending slavery in the United States. Dating back to 1865, it was on June 19th that the Union soldiers, led by Major General Gordon Granger, landed at Galveston, Texas, with news that the war had ended and that the enslaved were now free.

Juneteenth has been celebrated since the early 1900’s in homes and gathering neighborhoods with celebrations involving music, food, tools for economic uplift and unity among African American Communities.

Which States Consider It as a Holiday

All 50 states and the District of Columbia recognize Juneteenth as a holiday or observance. At least 18 states have enacted laws to observe the holiday as a paid state holiday. According to the Congressional Research Service, a government body that provides research to inform lawmakers, those 18 are Colorado, Connecticut, Delaware, Georgia, Illinois, Louisiana, Maine, Massachusetts, Maryland, Nebraska, New Jersey, New York, Ohio, Oregon, South Dakota, Texas, Virginia, Washington.

With this statute, federal employees will have the day off and private businesses and organizations can offer Juneteenth as a paid holiday to their employees. Already, under state law in Texas, New York, Virginia, and Washington, Juneteenth is an official holiday where state employees are given the day off.