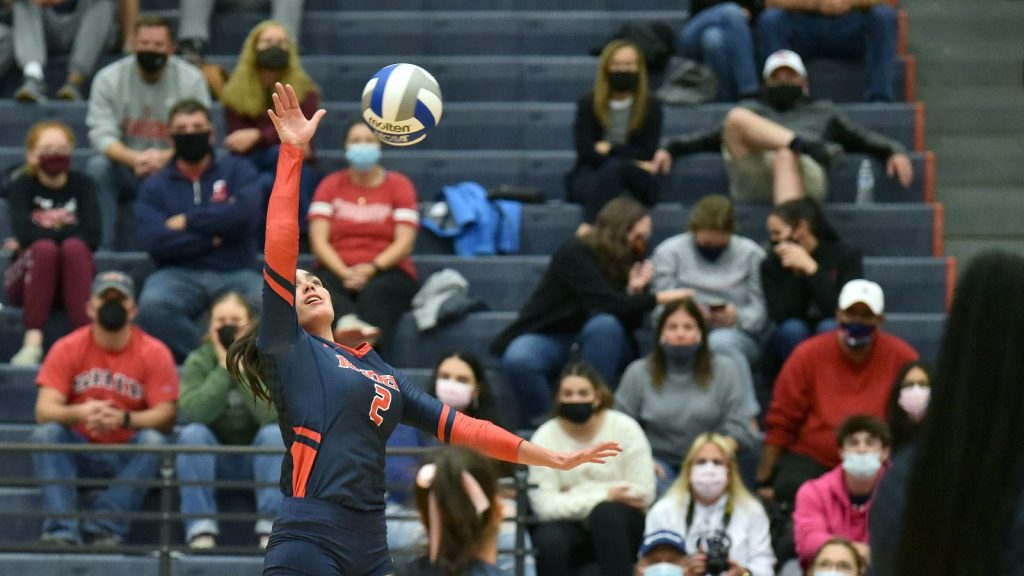 Shippensburg (12-14, 5-6 PSAC East) had three players with double-digit kills. The Raiders were led by freshman Kat Negron (Longwood, Fla./Lyman) with her seventh double-double after totaling 13 kills and 11 digs and hitting .290 from the floor.

Junior Oyinda Agbale (Pittsburgh, Pa./Shaler Area) had 12 kills and hi t .435 from the floor with only two errors. Freshman Emily Gardner (Avon, Ohio/Avon) posted double-digit kills for the 12th time this season, totaling 11 and hitting .318 from the floor. Junior Rachel Verhoef (Greencastle, Pa./Greencastle-Antrim) had eight kills and one block.

In the opening set, both teams were evenly matched and the score was tied at 20-20. The Raiders got kills from Gardner and Verhoef and an ace from freshman Maddie Clabaugh (Gettysburg, Pa./Delone Catholic) to get the lead they needed to win the set. A service error by the Huskies concluded it for SU.

The Raiders tied the score at 7-7 before going on a 6-2 run to stay ahead. Five straight points from the Raiders and back-to-back kills from Agbale sealed the win.