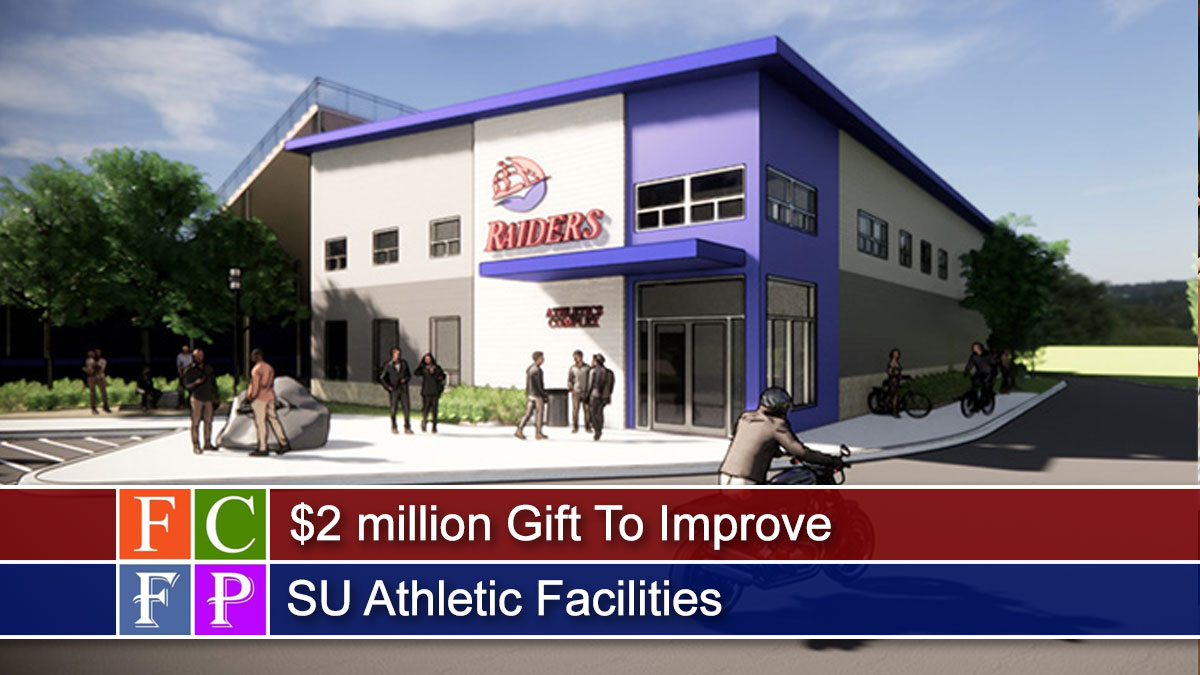 SHIPPENSBURG (Oct. 21) — Shippensburg University President Laurie A. Carter announced a gift of $2 million for the construction of a new SU football locker room. It will be built at the rear of Seth Grove Stadium.

The new football facility will also include upgrades to the stadium tunnel. The terms of the donation specify that the money must be used to build locker rooms. The donor wishes to remain anonymous.

“Athletics is a proven instrument for student success, as evidenced by our student-athletes. In spring of 2019, more than half our athletes earned a 3.0 or higher, and 38 of our athletes maintained a 4.0. I am so appreciative of this generous contributor who is supporting quality education at Shippensburg University in this way,” Carter said.

The $2 million gift is in addition to a $3.6 million locker room facility to be built behind Henderson Gymnasium. That 7,688 square foot addition will provide state-of-the-art facilities for women student-athletes playing field hockey, lacrosse, tennis, and softball, as well as the men’s and women’s soccer teams. The project is currently in the planning phase.

The projects were developed based upon the findings of a comprehensive study of university athletics locker rooms. The combined estimated cost of the project is $5.6 million.

Staff Report - May 22, 2020 0
Chambersburg’s JROTC cadets are on a roll. In what has already been a banner year for the Chambersburg Area...