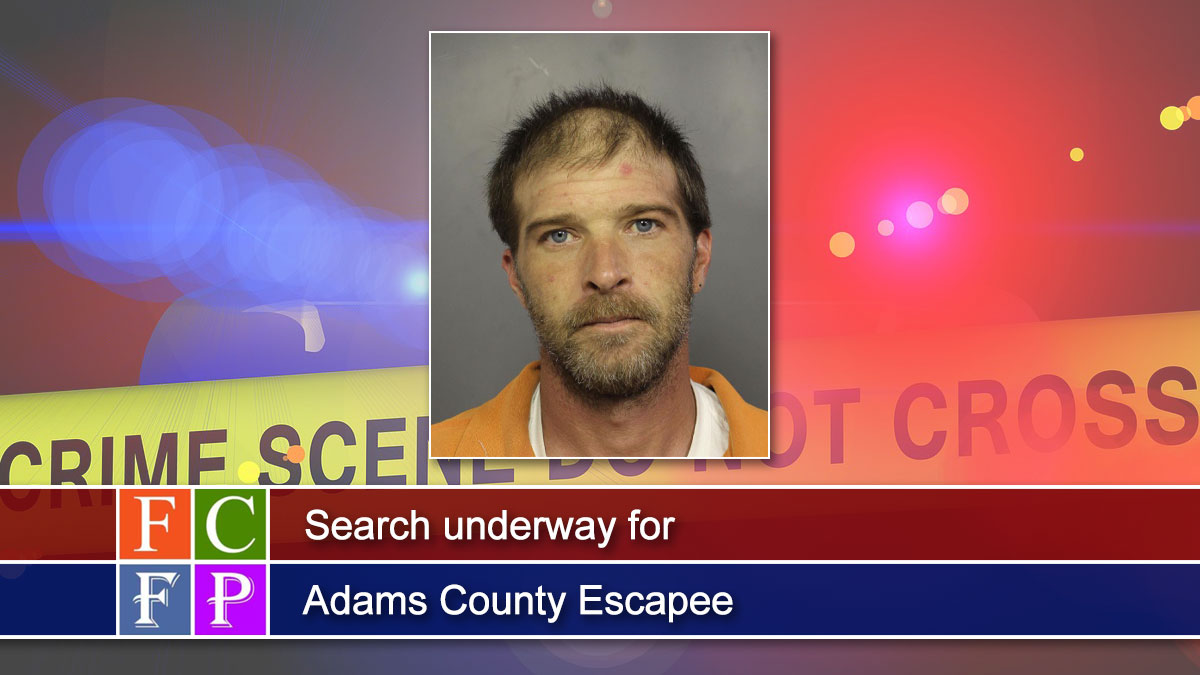 GETTYSBURG  – A search was underway this morning for an escapee from Adams County Prison.

He is 5 Foot, 8 inches tall and weighs about 170 pounds. He was wearing orange sweatpants and a white t-shirt at the time of his escape. As of mid-morning, police said His whereabouts are currently unknown.

Shealer was serving a sentence on a DUI charge, police said. Online court records show the DUI charges date back to 2017. He has two pending cases stemming from drug charges and failure to file a tax return. Both cases date to last September.

He was arrested on a probation violation in connection with the 2017 DUI charge Sept. 19, the day after his arraignment on charges of possession of a controlled substance and drug paraphernalia.

Shealer pleaded guilty this month to the charge of failure to file a tax form with the York Adams tax office. He has a payment determination hearing next March.

Anybody who sees Shealer should contact 911 immediately. Police ask that anyone with information on his whereabouts contact the Pennsylvania State Police Gettysburg barracks at 717-334-8111

K9 Mattis Sniffs out 418 Grams of Pot During Search of...

July 18, 2019
Thanks for subscribing! Please check your email for further instructions.