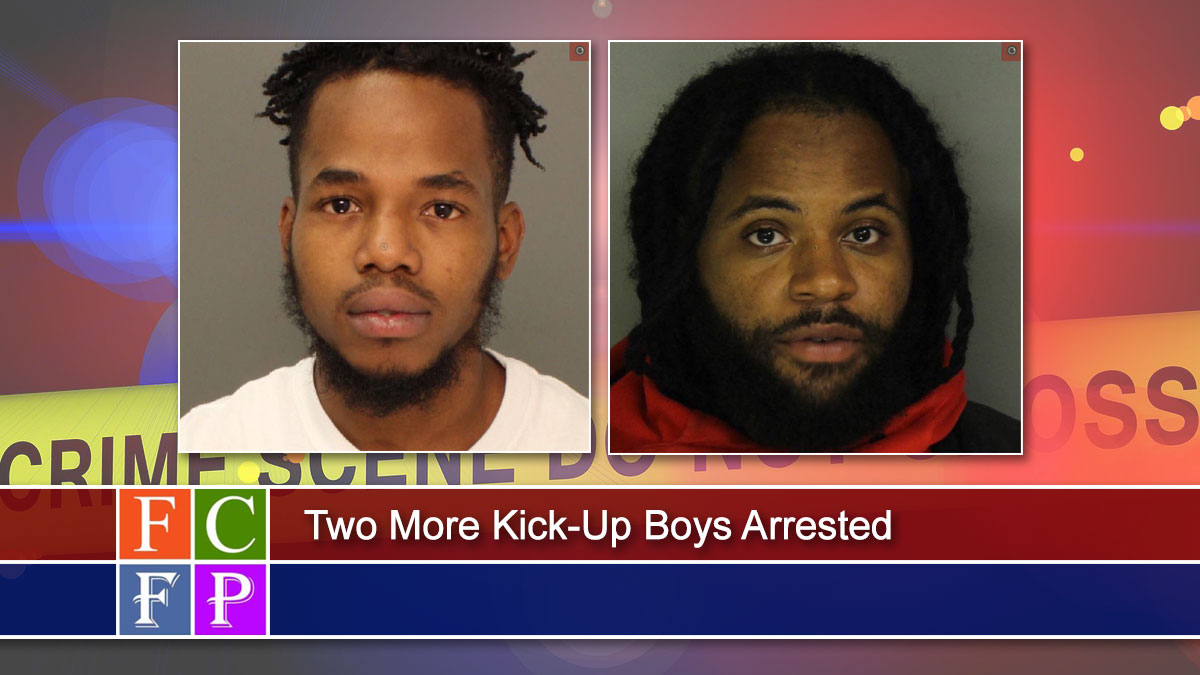 Two more members of a local drug distribution gang called the Kick-Up Boys are in custody, charged with being part of a corrupt organization.

Charges against both include being an employee of a corrupt organization and conspiracy. The charges are first degree felonies. They stem from an investigation into drug deals by members of the Kick Up Boys gang.

On Oct. 3, Chambersburg police arrested 11 members of the Kick-Up Boys, described as a local gang involved in the distribution of a wide variety of illegal drugs.

Part of a Joint Investigation

The Franklin County Investigative Grand Jury used information provided by those investigators in its probe of the illegal drug trade in the county. Read about the results of that probe here.

Investigators and the Grand Jury identified numerous individuals as members or associates of a gang known as the “Kick-Up Boys” and/or “Fruit Town Brim”-“FTB”.

The gang is a major distributor of a wide variety of illegal drugs, according to a news release by Chambersburg Police Department. Those drugs include Heroin, Fentanyl, MDMA, Ecstasy, Crack Cocaine, Cocaine, and Marijuana.

Addresses for gang members arrested last month ranged from local, mostly Chambersburg and Fayetteville, to other towns across Pennsylvania and as far away as New Jersey.

Knight’s address is listed in online court documents as Chambersburg. Wright has a Trenton, New Jersey, address. One of the 11 arrested in October, Emiliano M Viera-Diblasi, 19, is from Annandale, N.J.

Four others still have active warrants for their arrest on the same charges. They are Michael D Johnson III, 19, Waynesboro; Austin D Guyer, 23, Chambersburg; Monique A Roman, 28, Chambersburg and Joel Hernandez, 23, Parkin, N.J.

May 30, 2019
Thanks for subscribing! Please check your email for further instructions.