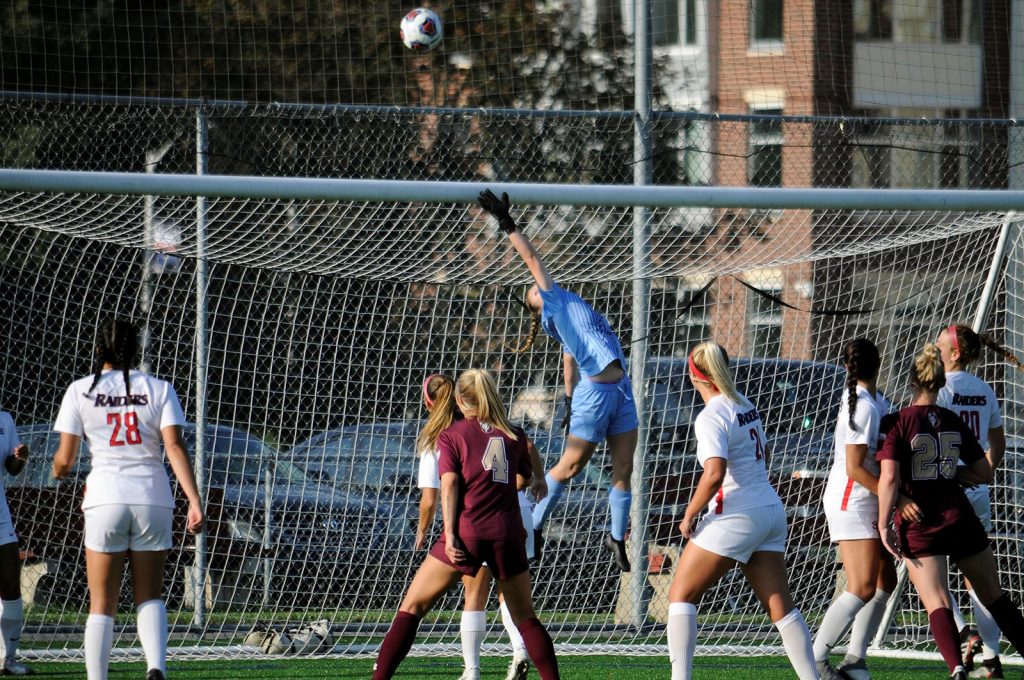 Shippensburg (4-6-1, 4-4-1 PSAC East) was not able to complete the regular-season sweep of the Huskies but came close to finding the back of the net. Sophomore Sofia Pittas (Whitehall, Pa./Whitehall) had a shot go off the crossbar and seniors K.K. O’Donnell (Limerick, Pa./Spring-Ford) and Laura Fazzini (Phoenixville, Pa./Spring-Ford) each had a shot on goal, but Bloomsburg goalkeeper Alexa Ryan did not give way.

Bloomsburg (8-3-1, 7-2-1) struck first less than three minutes before halftime when Kylie Schwab sent a shot that was headed in by Amanda Stoll. In the 79th minute, Kennedy Kilchrist managed to keep the ball in-bounds and crossed it to Stoll for her second goal of the match.

Shippensburg (4-7-1, 4-5-1 PSAC East) nearly scored twice in the contest as shots by senior  K.K. O’Donnell (Limerick, Pa./Spring-Ford) hit the crossbar and the post during the first half.

Lock Haven (5-6-1, 3-6-1) scored the lone goal of the match in the 23rd minute when Josie Swartz collected a pass off a short corner and sent it to Janessa Swartz who struck the ball into the net.

Both goalkeepers provided a great performance. Sophomore Kendra Barlow (Painesville, Ohio/Gilmour Academy) and Kylie Auman each made seven saves for their squads in the one-goal match.

Shippensburg will look to get back in the win column at 7 p.m. Wednesday when it hosts Millersville at David See Field.