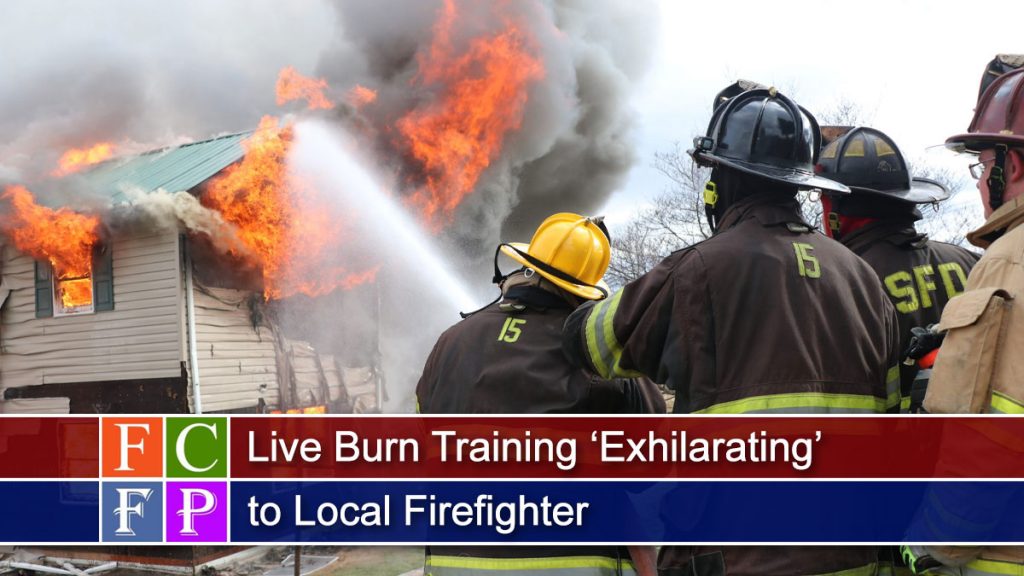 Jamie Birgfeld, a fourth-generation firefighter, has been a firefighter for eight years. But Sunday was his first chance to attend a real structure training class.

He’s been through plenty of training in “burn buildings” — cinder block buildings made especially for firefighter training. And he’s been to many real fires. Burn building training has its limits, however, since very few real buildings are made of cinderblock.

So, when the opportunity arose to train in a live burn situation, Birgfeld, 22, jumped at it. Although he’s a full-time firefighter with Marion, he volunteers part time for Shippensburg’s Vigilant Hose Company. That connection allowed him the chance to participate in the training.

In a real fire, that isn’t possible as the focus is on knocking the blaze down as quickly as possible. Taking time to stop and discuss the dynamics of the blaze is impossible.

​A training burn allows the firefighters to better understand what to expect when going into an unpredictable situation in a real house fire.

One of the highlights for Birgfeld came later in the burn when the attic was becoming fully involved and the ceiling began falling in on him and his teammates on the second floor. They were on the floor shooting water into the attic to control the burn. Birgfeld wasn’t frightened, which is probably a prerequisite to becoming a firefighter. Instead, he experienced exhilaration at the prospect of controlling something so wildly unpredictable.

​Another highlight for the young firefighter, who has been a volunteer firefighter since he was 14, was the Can Drills. That drill involves the use of a 2.5-gallon tank, or “can” of pressurized water, in searching for victims. This minute amount of water controls the fire around victims during a rescue.

​Opportunities like this come along only rarely, Birgfield, a Shippensburg resident, said.

Another highlight for Birgfeld was training with his younger brother, Matthew, an EMT in Fayetteville who plans to follow Jamie into full-time firefighting.