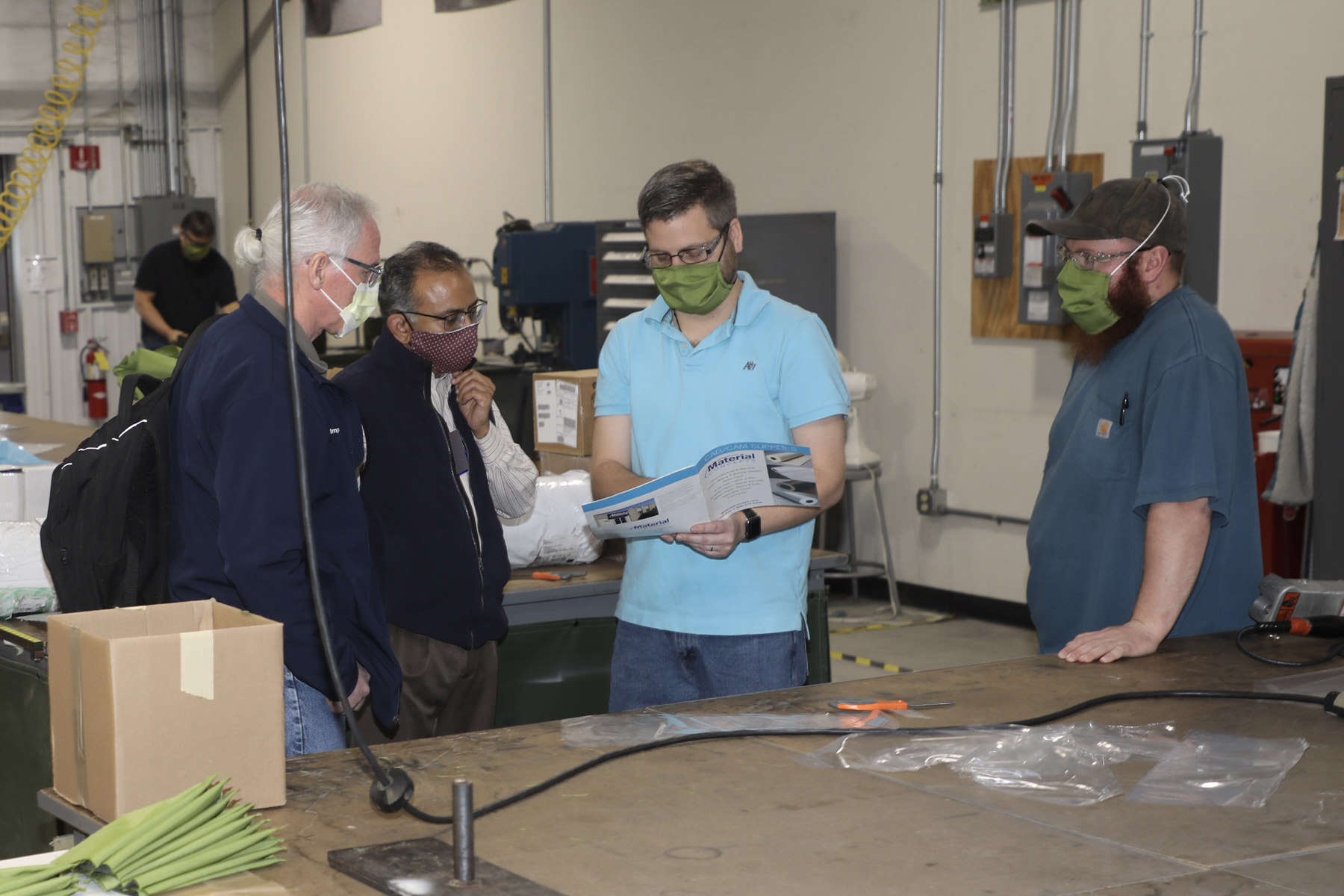 A local partnership has solved a big problem in the COVID-19 pandemic battle. This story contributed by WellSpan Health tells how that partnership came about.

There was no script or plan etched in stone that had simple answers or even protocol as potential supply shortages loomed ahead of WellSpan Health’s COVID-19 journey.

Instead, WellSpan leaders took a proactive approach, fostering relationships to secure resources needed to care for communities and staff. One of those relationships was a special partnership with Letterkenny Army Depot near Chambersburg.

“The level of community engagement and support of the health system in an unselfish manner has been overwhelming. Letterkenny has been the epitome of that,” said Keith Noll, WellSpan’s senior vice president and chief administrative officer.

Letterkenny Army Depot has supported frontline U.S. military efforts since the 1940s. Now the depot and its employees willingly stepped up to join a much different fight to protect people.

“The Department of Defense is here to help defend our country in time of need,” Letterkenny Commander Col. Gregory Gibbons said. “With the threat of COVID, there’s limited options for the Department of Defense to do that. So to be able to work with WellSpan, and really help them out in their fight … is a tremendous opportunity.”

Even before its first patient tested positive for COVID-19, WellSpan Health was reacting to supply chain demand. It was February. Personal protective equipment made in China was being used in that country’s own battle with the pandemic.

Orders reaching the U.S. were redirected to areas that were already being hit with infections, with 500,000 protective gowns going to U.S. cities experiencing the highest rates of COVID inpatient admissions.

Massimilla wondered if a similar effort or collaboration could help protect a portion of WellSpan Health’s 20,000 employees.

That newscast opened the door to a partnership.

A partnership is formed

The team was nicknamed the “MacGyver” team after the TV series star who used unconventional problem-solving skills to save lives.

“Within a day we were connected with Letterkenny,” Noll said.

Thinking outside the box by the team led by Debra Ruckert, senior director of performance improvement at WellSpan Health worked. The result was unconventional designs and paths to production leading to other partnerships also.

Local manufacturers and distilleries had capabilities of producing anything from hand sanitizer to intubation devices and masks.

Members of the hospital’s team visited the depot to learn more about its manufacturing capabilities. Typically, the upholstery shop at Letterkenny focuses on production of items such as canvas tents, kitchens and vinyl products.

Innovation takes on a life of its own

Meanwhile, innovation was taking on a life of its own in York.

A couple sheets of plastic, garbage bags and a rain poncho helped design a prototype to create isolation gowns.

“The next question for Letterkenny was ‘Can you make this for us?'” Noll said.

Letterkenny didn’t hesitate to support the effort. It reallocated resources to adequately staff its upholstery shop to begin gown production.

While the initial order was to make 70,000 protective gowns, Noll said that there is enough material to support production of at least 225,000. Letterkenny expects the first order to take six to eight weeks, with weekly deliveries after that to a WellSpan distribution site.

Noll credits innovative thinking and partnering with manufacturers throughout the five counties with WellSpan Health’s ability to rely less on the national supply chain.

“It makes you feel good about living in southcentral Pennsylvania,” Noll said.

He praised the area’s companies and workforce, as well as LAD.

He called the depot and its workforce a “glowing example” of what a community can do when people work together.

March 13, 2020
Thanks for subscribing! Please check your email for further instructions.