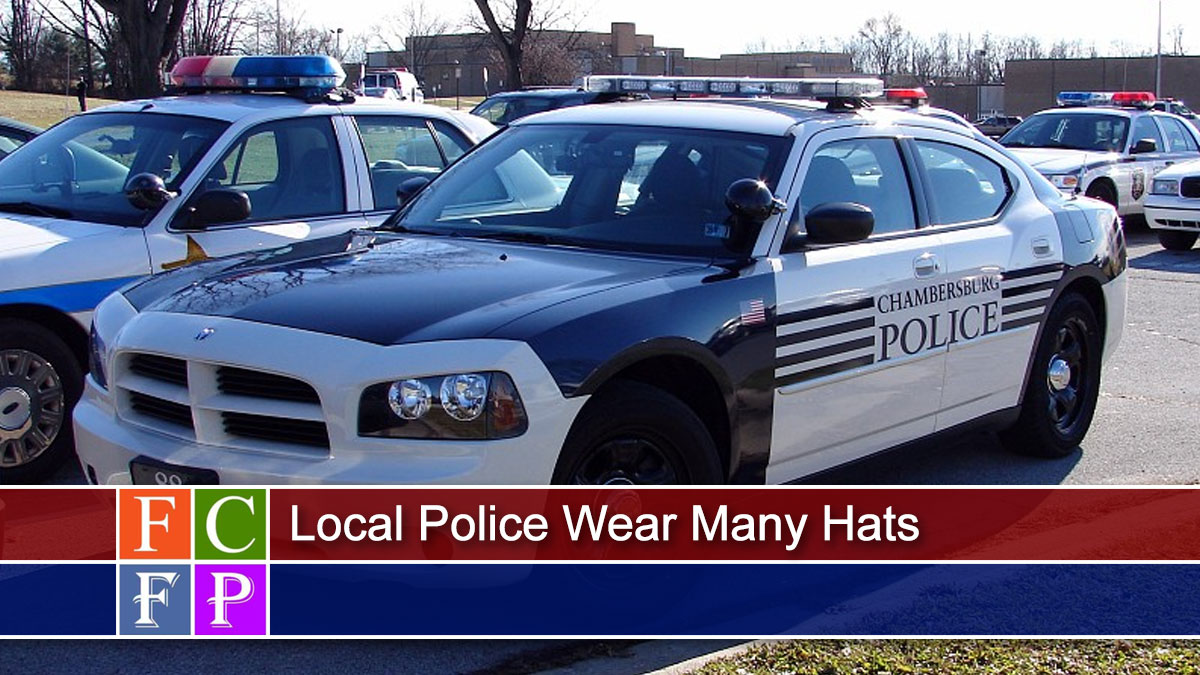 Police departments often are called upon to do more than investigate crimes and keep the peace.

Officers might wear one uniform but often are called upon to wear many hats. It’s all part of most departments’ community outreach programs.

Last week, Chambersburg police participated in a “Kindness Tunnel” at Andrew Buchanan Elementary School. Officers gave the students high fives and words of encouragement as they entered the school to begin their school day.

Last year, the department helped reunite Chambersburg resident Mable George with her tiny Chihuahua-Pinscher mixed-breed dog, who had been abducted and then abandoned.

This month the department became temporary caretakers of the cremated remains of Charles Diehl Sr. and Patricia Diehl.

The remains were turned in to police after they were left at PAB Stash-Away storage. Police were told the remains had been in a storage unit for over a year.

Now it’s up to the department to find the Diehl’s next of kin so the remains can Rest In Peace, preferably with family.

The department needs help doing that, however. So police ask that anyone with leads or information either contact Chambersburg Police Department at (717) 264-4131.

Looking Back: It Happened on September 5th

PSP Looking for Vehicle Which Left Scene of I81 Fatality