The Nutcracker: Local talent at the Capitol Theatre

Local talent was on display Saturday at Chambersburg’s historic Capitol Theatre, and it was extraordinary.

It was quite an experience this evening driving through beautiful downtown Chambersburg. The lights on the trees and decorations set the tone for a very enjoyable evening.

This region is filled with extraordinarily talented individuals; and that local talent was on full display by the performers from The Chambersburg Ballet. It was very incredible to learn that the performers were as young as seven. These young performers must attend four technique classes per week to become trainees. It takes a lot of work to learn the technique and audition for the performance.

“This was a three-month preparation,” Artistic Director Lavinia Reid said. “We started in September, and it’s involved.”

The performance of The Nutcracker was on point, with fantastic dancing, beautiful costumes and excellent choreography. The choreographic style was based on Petipa, a French ballet master; however much of this production is original, developed 36 years ago by Reid.

She has taught with the Ithaca Ballet, Central Pennsylvania Youth Ballet, The Allegheny Ballet, and Lake Erie Ballet Companies; and she has choreographed for many companies, such as the Washington Ballet II, CPYB, Philadanco, Austin Ballet Theatre, and others.

The Nutcracker is a ballet by Pyotr Tchaikovsky, which was first performed in 1892. The story starts on Christmas Eve, where the family is having a party with relatives and friends. A mysterious family friend, Dr. Drosselmeyer, gives the children hand-made toys, including a nutcracker for Clara (performed by Elisabeth Brown). Her jealous brother Fritz attempts to take it from her, breaking it. Dr. Drosslmeyer, however repairs it, before entering the second scene with the “Battle of the Toys & Mice.”

Behind the scenes at The Nutcracker

Reid and her late mother did some of the designs for the costumes. Among those costumes were some adorable lambs featured in the second act. Since they are a small company, many performers have several costume changes. One girl had five distinct parts.

When asking about the work that goes into performing, Reid said, “They train physically for it. The snow dance is very difficult aerobically speaking, with them having to train specially to build up the stamina for that dance.”

The performance also featured two professional guest artists; Frederick Leo Walker and Catherine Gurr, who played the Sugarplum Cavalier and Sugarplum Fairy. Dance Magazine featured Walker in its “Top 25 to Watch.” Gurr had been on tour with Ballet West, performing The Nutcracker and Swan Lake at the Kennedy Center.

The Capitol Theatre was well attended, with an impressive turn out at both Saturday performances.

“I’m very pleased with the turnout, it’s very exciting to see people back in the theatre”, Reid remarked.

About The Chambersburg Ballet

Local support for the ballet was also impressive with many sponsors, including Kegerreis Outdoor Advertising, VerStandig Media, Rotary Club of Chambersburg, Patriot Federal Credit Union and others.

The Nutcracker performances took place at both 3 p.m. and 7 p.m. Saturday.

Tickets are still available for the final showing Sunday, December 19 at 3 p.m. For information and tickets, visit https://www.chambersburgballet.org/

The Chambersburg Ballet also has a performance of ICEFEST January 29 at 3 and 7 p.m. featuring local talent at the Capitol Theatre. The Spring performance this year will be Snow White on June 11 at 2 and 6 p.m. 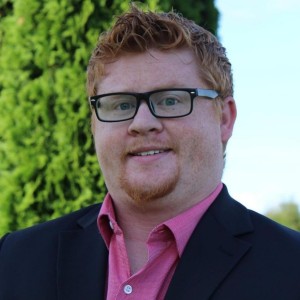 Nathan J Neil, MBA, PMP is the Publisher of the Franklin County Free Press. He is a local entrepreneur, philanthropist and author. He predominately contributes stories about local events, business, and technology.