Skip to content
Franklin County Free Press > Local News > Lucky? Depends on where you sit (or are tied)

Lucky? Depends on where you sit (or are tied) 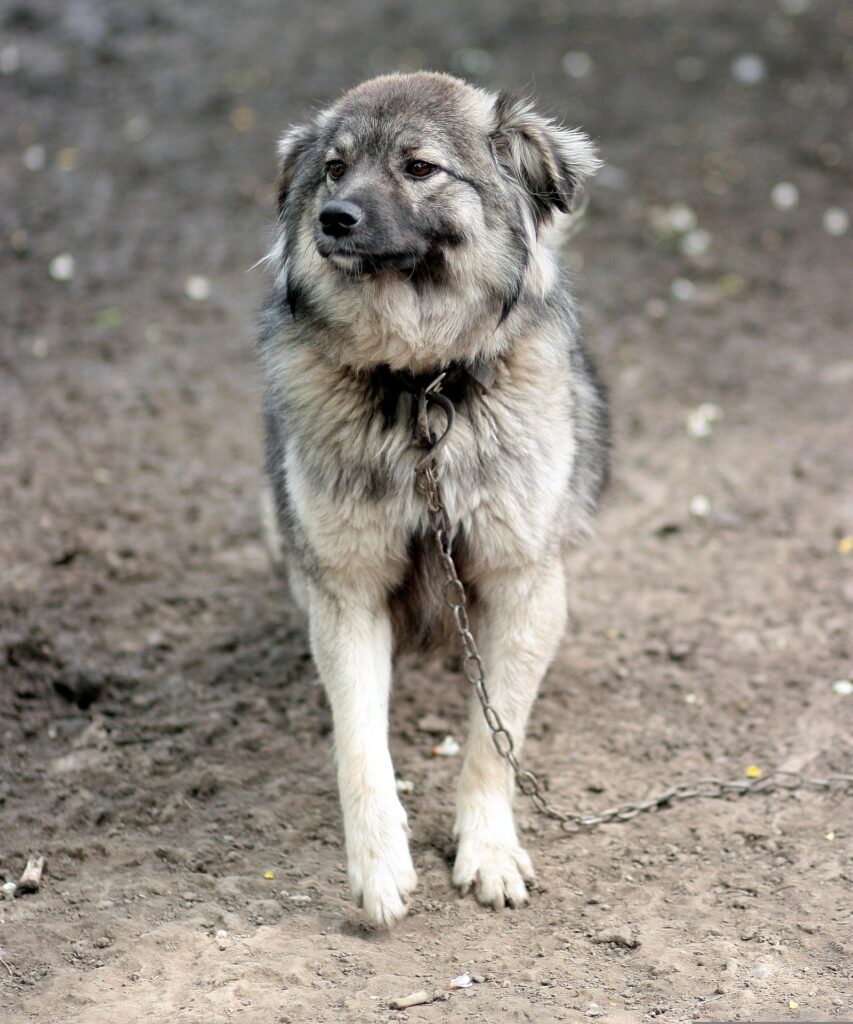 It’s amazing how it’s possible to get used to something the longer it’s experienced.

He has fleas. Has had them for years. Living outside, tied to a dog box like he is, it’s not unusual. He remembers early on when he was first tied out – after he’d had too many accidents in the house – the fleas used to drive him almost out of his mind. Crawling all over his skin. Making him itch.

In that first year, he had scratched out huge clumps of his hair just trying to get some relief.

Now it’s like the fleas have almost become a part of him – who he is, if you will.

It’s strange the thoughts that come to him on random afternoons.

He supposes in a way, he’s luckier than most. He’s got fur to keep him warm in the winter months and his box is situated under a huge tree, so he’s shaded in the summer. His chain never gets tangled – he’s got a good five-foot stretch of dirt worn down around his house from pacing. He gets food every day and a fresh supply of water.

READ: Thank you to those who help animals in need

From time to time he’s seen dogs and cats running around trying to scavenge for food – they’re thin, obviously malnourished. At least he’s not hungry.

He supposes he should count his blessing where he can find them.

But some nights, especially those cold, winter evenings, he sees the warm light on inside the house where he used to live. He sees the family at the table. Watches them laugh and play and share. It would have to be almost like heaven to get to experience that – even for just one night.

He thinks maybe the memory of it alone would be able to keep him warm for years to come.

The kids visit him from time to time when they’re outside in the summer. They pat his head or say something to him, but those moments are quite rare and he finds himself wondering what his life may have been like if he hadn’t ended up where he did.

Sometimes he gets sick. The cold gets to him or a stray animal probably passes something off to him on their way through. The winter of 2003 was a bad one. He remembers how tough it was to force himself to crawl out of his house for food. No one seemed bothered by his lethargy. They filled his bowl and left. As per usual.

He’s gotten to the point where he’s old. There’s gray in his matted fur and his joints ache just about every day. He can’t pace around his doghouse nearly as quickly as he once could and a few days ago, he realized his bark sounds weak even to his own ears. Although he suspects he may be losing his hearing. He doesn’t pick up on sounds the way he once could.

It’s probably his old age, but some days he can’t help but wonder if there might be a place in the world where someone would care. That he hurt. That he was lonely. That he really just wanted a hug and a warm fire and someone to ease his aches and pains.

Oddly enough, at about the time this wishful thinking surfaces, something weird happens. It’s early one morning when he gets the energy up to bark at a deliveryman in front of the house. Whether from wear or luck, he’ll never know, but as he’s pulling at the end of his chain, he hears a snap and senses a give in the line that he’s never felt before.

It takes him a full ten minutes to realize he’s actually no longer tethered to his doghouse – the chain had broken and he’s free. His first steps beyond the circle of dirt are tentative. He’s not sure whether to believe.

When his paws actually connect with grass for the first time in literally a decade, the most exhilarating sensation courses through him. He honestly didn’t even know he could have such a reaction anymore.

With a spring in his step that belies his age, he bounds across the yard, bypassing the house, not even considering stopping. He has a moment where he thinks this is it. He’s been given a second chance. He’ll get to know what is beyond his little track of land where he’s existed for so long.

When he rounds the front of the house and makes it to the road, he doesn’t hear the truck coming.

I’ll never forget the day, years ago, when shelter staff picked up a mixed breed dog who had been hit by a car. The impact had killed him. He had obviously lived outside all of his life. No one came for him. No one cared. This story is for him. If just one person reads these words and it makes a difference in one dog’s life, it will be worth beyond measure.