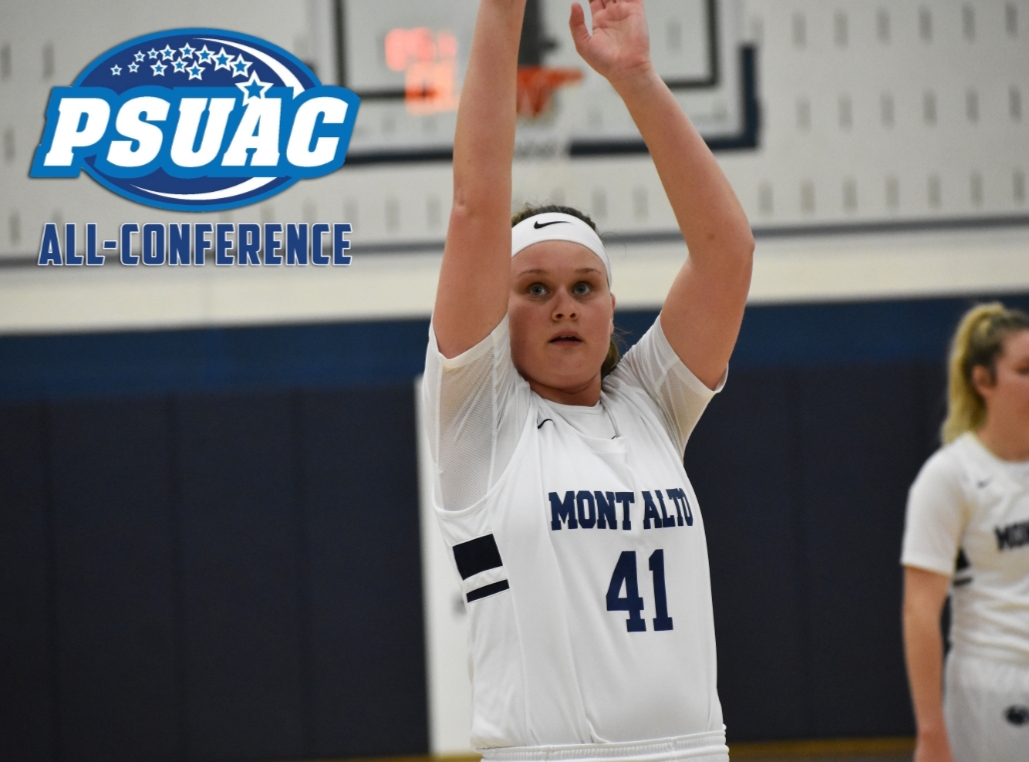 Martin topped Mont Alto in both scoring and rebounding, averaging 11.8 points and 7.3 rebounds per game. Both of those numbers ranked within the top-20 of the conference. Overall, she registered four double-doubles and produced 16 games in which she scored in double figures. Arguably her best game during her debut season was against Penn State Beaver on Jan. 23 as she scored 18 points while grabbing 14 boards.

The Shippensburg, Pa., native ranked 15th in the league with her 41.2 field goal shooting percentage. She also collected 39 steals, 26 blocks and 21 assists.

In addition, fellow freshman Christine Cornman (Spring Grove, Pa. / Spring Grove) was selected as the team’s John Fritz Sportsmanship Award winner. Named after former PSUAC Commissioner John Fritz, the sportsmanship award is given to one player from each team in the league who best displays the core values of the league and sportsmanship to teammates and opponents throughout the season.

Penn State Mont Alto closed out the 2018-19 season with a 10-14 overall record and just missed out on qualifying for the PSUAC Tournament.

The program experienced a five-win improvement and will look to build momentum in the offseason.

Manor College Upend PSUMA Thanks to a Pair of Second Half...

Mont Alto Edged Out Late in 4th Quarter in Loss to...