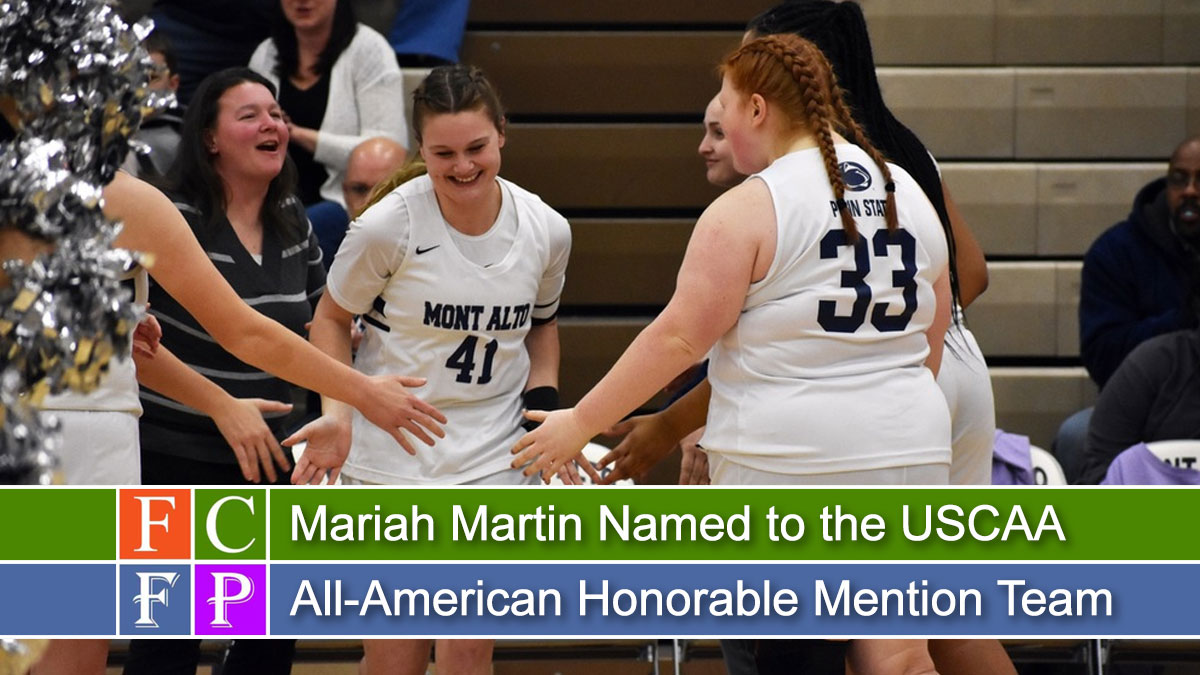 The Penn State University Athletic Conference selected Martin for its first team in February. She was Mont Alto’s top scorer during the 2019-20 season, contributing 15.2 points per game while also grabbing 9.1 rebounds. She concluded the season with 10 double-doubles and racked up 32 blocked shots. Her shooting percentage of 40.4% ranked 42nd within the USCAA.

She was the only Nittany Lion to start all 24 games during the season. Arguably her best performance of the winter was against Penn State Fayette on December 7. Martin totaled 24 points with a career-high 16 rebounds.

For the first-time in her career, sophomore Madison Bishop (Newville, Pa./Big Spring) made the USCAA All-Academic Team. All student-athletes must have 24 or more credits on their USCAA transcripts and their cumulative grade point average must be a 3.50 or greater to be eligible for the recognition. A full list of the 2019-20 USCAA Basketball National All-Academic Award winners can be found here.