Countdown to 1864:: Masonic Significance of the Burning of Chambersburg 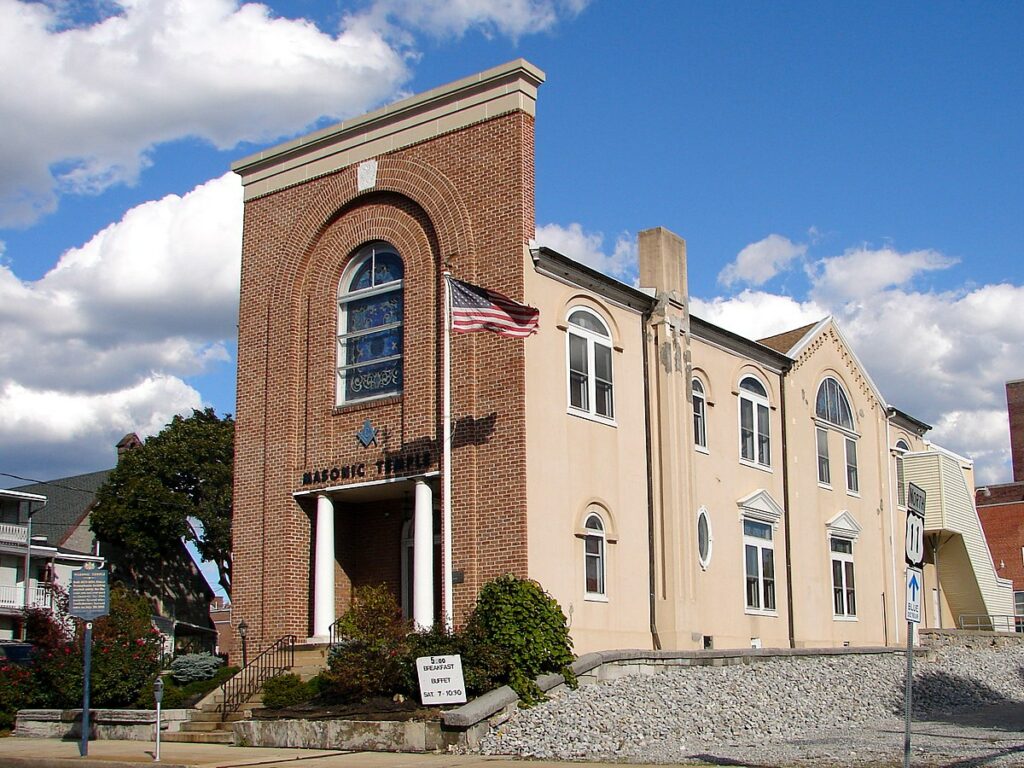 Previous to the Battle of Gettysburg, General Jubal Early of the Confederate forces, marched into Chambersburg and demanded $100,000 in gold or $500,000 in U.S.currency, or he would burn the town.

The buildings in the halfblock, in which the Masonic Temple stands, were unharmed.

In most of the accounts of the burning of Chambersburg, no reference is made to the reason for this section having been saved. However, the 1887 History of Franklin County (printed only twenty-three years after the destruction of the town), in referring to the Masonic Temple, states, “When Chambersburg was burned, it was one of the buildings saved, and this was the secret of the other buildings in the same region being spared.”

According to a well authenticated legend

A Confederate officer of high rank was riding south on Second Street when he saw the building and recognized its character. He is supposed to have confirmed his belief at one of the neighboring homes and to have chatted briefly with the occupants.

At his instruction, guards were then posted to prevent the firing of the Temple and such nearby buildings which would have endangered it. As related by one story, a house on Queen Street (probably the Methodist parsonage) had just been set on fire and the officer told his men to permit the occupant and his neighbors to extinguish the flames.

Having done these good deeds, the stranger rode on. It is unfortunate that all the facts cannot be verified and that the name of this benefactor must forever be unknown. Although his identity cannot be ascertained, George Washington Lodge can well be profoundly and everlastingly grateful to this Southern Mason who obeyed the dictates of fraternal sentiment rather than the orders of his superior officers.

Although this Masonic act saved the Temple, many of the members of the Lodge lost practically all their worldly possessions in the fire.

A committee was formed for the relief of the brethren, who sent a Circular to other brethren and lodges in the country. Although we do not have an accurate account of what was received, we believe approximately $6,000 was donated.