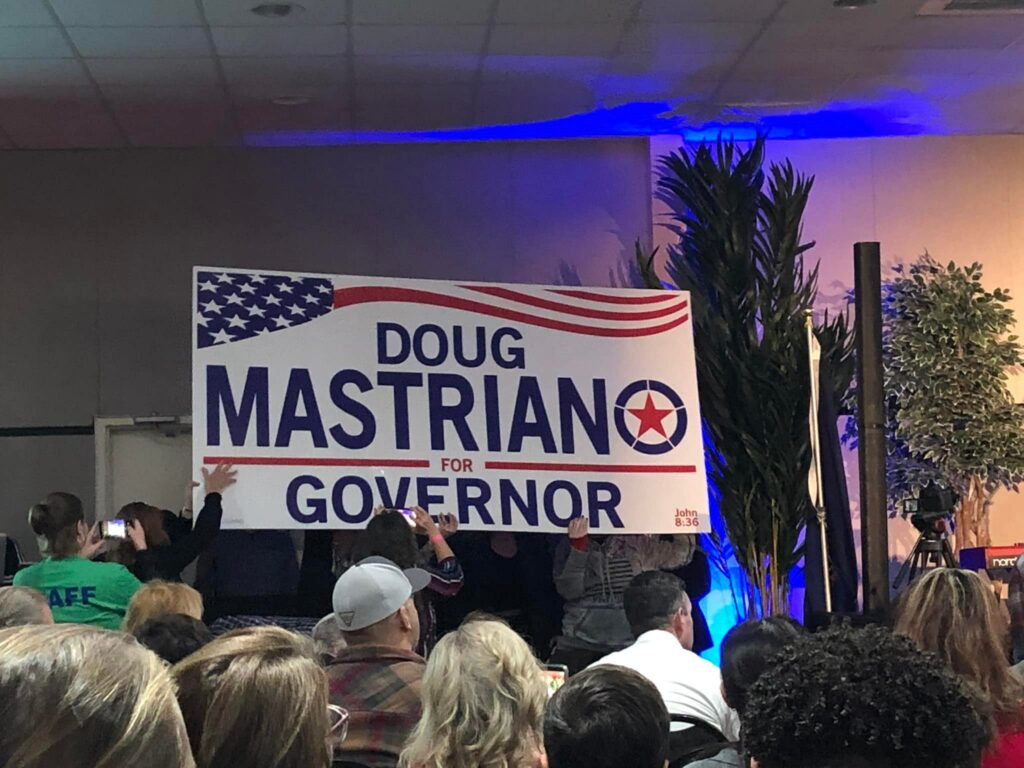 Gettysburg, PA was filled with people in support of Doug Mastriano in his announcement to run for the governor of Pennsylvania on Saturday afternoon.

“Running for a state wide office is no small undertaking,” Mastriano said. “It will take a strong grassroots movement to restore our state from the damage done to it; and such a movement is exactly what we have. From the fireside chats, to the Gettysburg hearing, we have stood together through a dark period in Pennsylvania history.”

“There are a lot of people already in this race for governor,” Mastriano said. “What is disconcerting is that of the assortment of candidates, few did anything when we faced the darkness and uncertainty of Wolf’s edicts and Covid shutdowns. This is no time to settle for yet another dithering politician when our freedoms and liberties are being stripped away. It is time for proven leadership.”

Polls since May consistently have Mastriano dominating the field. The first poll had him with a solid lead. Later this summer, a Pennsylvania Leadership Conference straw poll placed him as the preferred candidate for governor in the crowded field. A November poll by the Democrat Legislative Campaign Committee again had Mastriano with a solid lead; in addition to another poll by the PE Republican state party.

Who is Doug Mastriano

Mastriano is an Eagle Scout and combat veteran; and a respected and highly decorated combat veteran of several of our nation’s wars. Doug served our nation for 30 years on active duty in the United States Army. He began his military service on the Iron Curtain patrolling the East German and Czechoslovakian borders. After he witnessed the end of the Cold War, Mastriano deployed to Desert Storm fighting Saddam Hussein’s elite Guards.

After 9/11, he deployed several times to Afghanistan to defend our nation. Mastriano has a PhD in history and several masters’ degrees, including Strategic Studies from the Army War College in Carlisle, as well as a Bachelor Degree from Eastern University, in St. David’s PA.

Doug is married to Rebecca (Stewart), whose ancestors settled this region of Pennsylvania in 1732. Rebecca is a chaplain with Marketplace Ministries at Martin’s Famous Pastry Shoppe. Their son Josiah is an Eagle Scout, Canadian Chief Scout and recipient of the Duke of Edinburgh Gold, Silver and Bronze Awards. Doug and Rebbie have been married for more than thirty years. The family is active in their church, and reside near Caledonia State Park, in Franklin County, Pennsylvania.

Mastriano overwhelmingly won reelection for State Senator by 37 percentage points in 2020. Known as the “People’s Senator,” he forged the “walk as free people” movement. He promotes himself as a champion of personal freedom and individual liberties.

Senator Mastriano’s platform focuses on putting power back into the hands of the people. His policies include the right to life, protecting the 2nd Amendment, school choice, slashing regulations, opening up our energy reserves, and reducing the size of government. Additionally, he wants to put parents in charge of their children’s education, protecting individual medical freedom and reducing taxation.

Mastriano said, “2022 is our year of victory – taking back the state and putting the power back into the hands of the people. I believe – as Reagan said – America’s best days are ahead… Indeed – our best years here in the Keystone state are ahead – where we will once again be the leader of this nation and together restore the greatest of our land.”

Controversy in the media

Media outlets and individuals on social media are pushing back, citing Mastriano’s push to overturn last year’s presidential election in addition to his protests against pandemic shutdowns. There has also been some question towards his alleged involvement in the January 6th Capitol Riot. No evidence has been released to substantiate these claims that he entered the capitol building or participated in the riots.