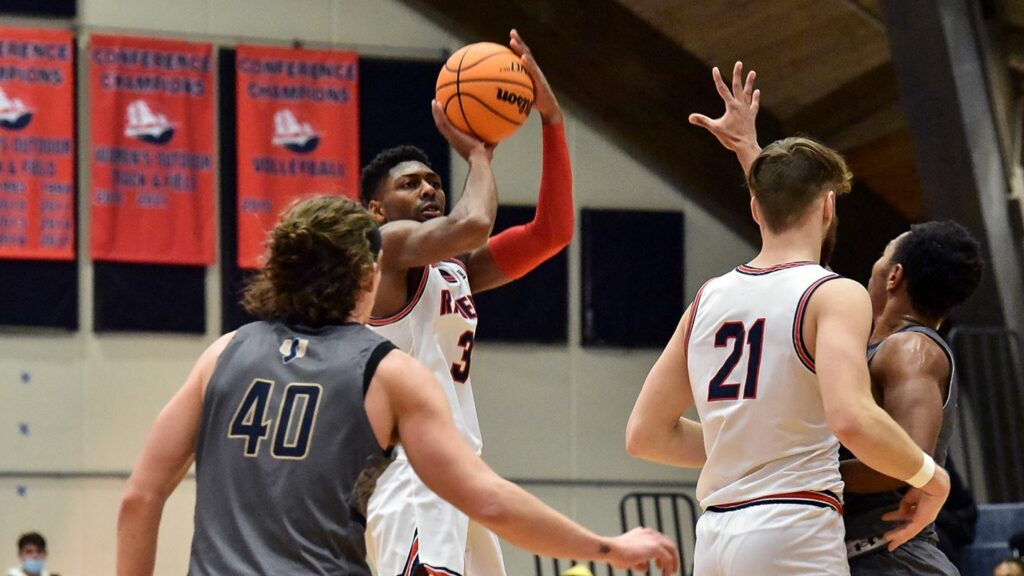 SU led by 11 points with 13:24 to play, but Shepherd countered with an 11-2 run over the next three minutes to get within a bucket.

With 44 seconds left and the Raiders only up by one, junior Carlos Carter (Indiana, Pa./Indiana) side-stepped and hit a pullup three-pointer to put the Raiders up by two possessions, 64-60. Shepherd missed a three-pointer and a layup down the stretch, and redshirt-junior Rashon Johnson (Philadelphia, Pa./Simon Gratz (Highland C.C.)) hit a pair of free throws with three seconds remaining to officially ice the game.

Johnson led the Raiders men’s basketball team against Shepard. In scoring for the third straight game he finished with a game-high 22 points. Johnson was 6-of-12 from the field, 4-of-8 from three-point range and 6-of-6 from the free-throw line. He put up seven rebounds, two blocks, an assist and a steal.

The Raiders matched a season high with 20 assists and committed just nine turnovers. The teams combined for 20 three-pointers.