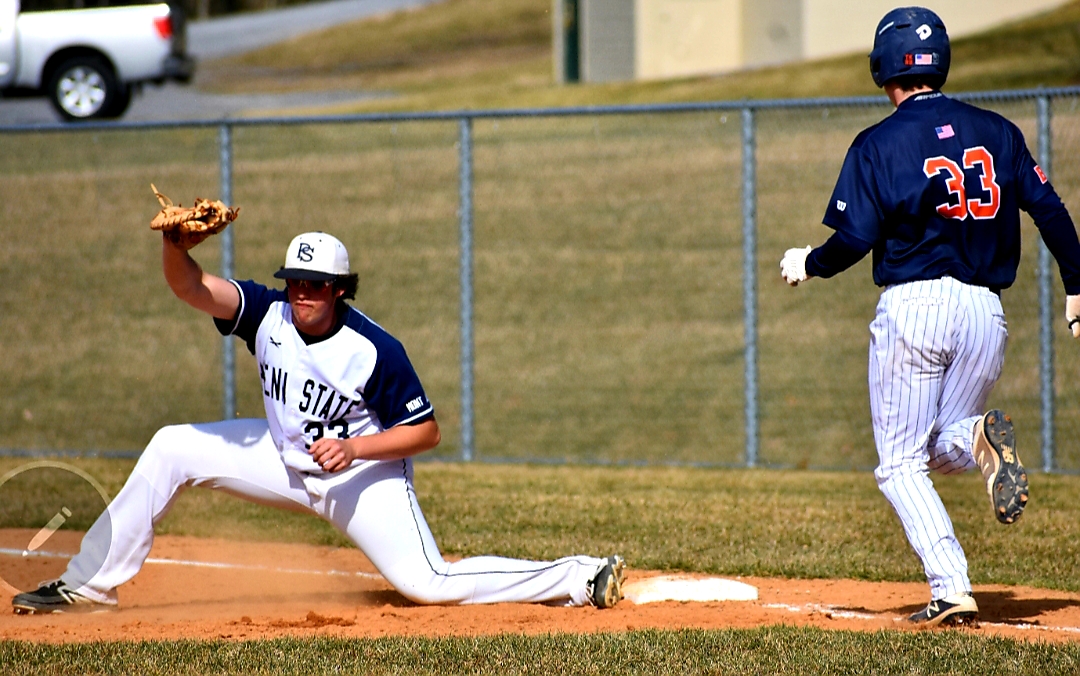 The Bullets scored a pair of runs in the third inning and they ended up scoring one or more runs in each of the following innings for the 10-2 win.

PSUMA drops to 9-11 overall and will have a quick turnaround returning to PSUAC action tomorrow afternoon.

Mont Alto scored its first run of the game, which made it 7-1 when AJ Millar (Harrisburg, Pa. / Central Dauphin) rocketed a double to center field that plated Hunter Martin (Hagerstown, Md. / North Hagerstown) in the bottom of the sixth inning. The other PSUMA run scored in the eighth inning when Chayse Fisher (Mercersburg, Pa. / James Buchanan)drove in his 17th RBI of the season on a single in which Martin scored on from second base.

PSUMA totaled seven hits as a team with Millar’s double being the only extra-base hit of the contest for his side.

Gettysburg collected 13 hits as Shane Manieri and shortstop Sinjin Smith each homered for the Bullets.

Gettysburg starter Nathan Masteralexis tossed seven innings, striking out five and walking just two while giving up a run. The Nittany Lions defense turned a nifty double play within the sixth inning to get out of a jam.

August 30, 2019
Thanks for subscribing! Please check your email for further instructions.