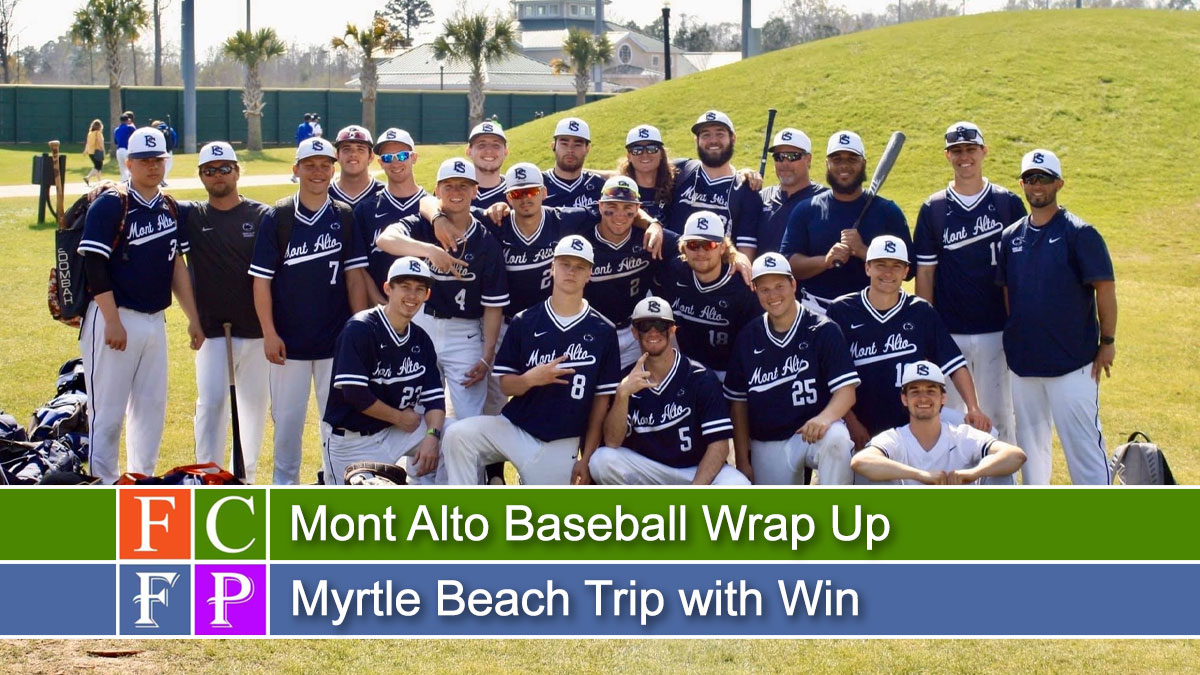 MYRTLE BEACH, S.C. – The Penn State Mont Alto baseball team played five games in Myrtle Beach this week at the Ripken Experience, finishing with a 2-3 record. The Nittany Lions ended the Spring Break trip on a high note with a 5-2 victory over Henry Ford College.

Mont Alto’s Fisher is PSUAC Hitter of the Week

March 12, 2019
Thanks for subscribing! Please check your email for further instructions.