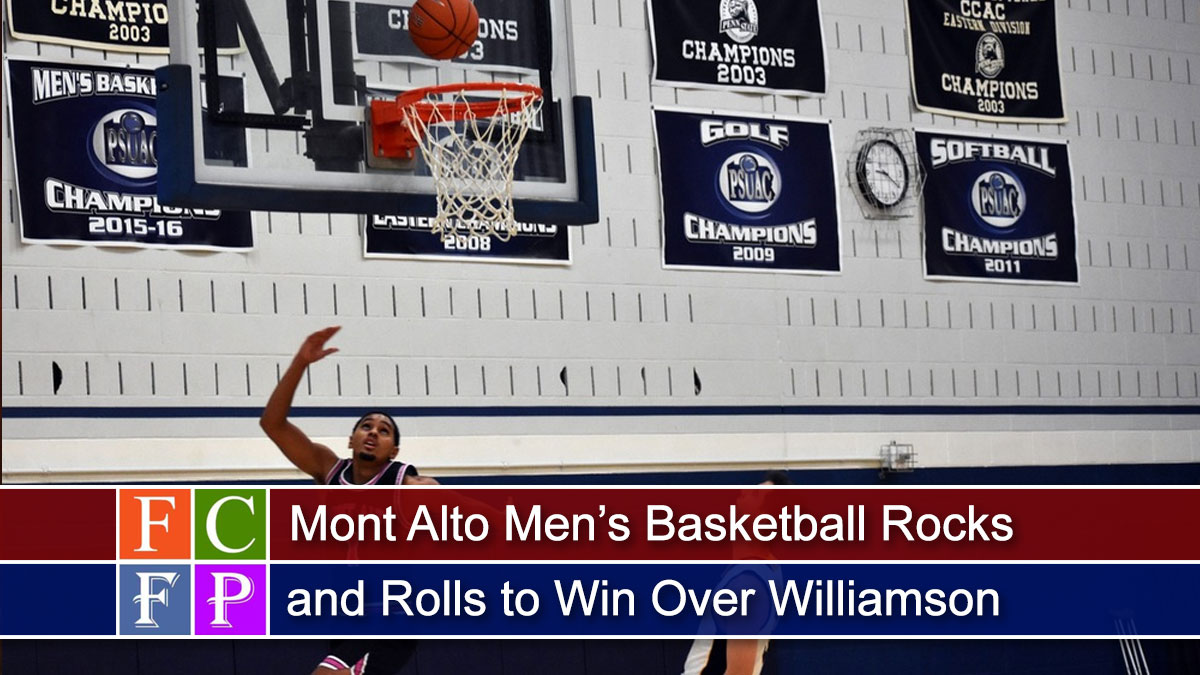 Penn State’s Mont Alto men’s basketball team took a 35-19 lead into halftime in a home game Friday. Then their stingy defense kept it up to win the season-opener over Williamson College of the Trades 64-51 score.

An early turnover led to a Williamson layup, but PSUMA instantly responded taking a 14-2 lead eight minutes into the game. The Nittany Lions played suffocating defense during the stretch. The teams began trading baskets before PSUMA went up 22-11 after a John Teague (Hagerstown, Md. / North Hagerstown) layup.

PSUMA established its biggest lead of what turned out to be the half at 16 (35-19). Teague grabbed an offensive rebound and put it back with 15 second left in the half.

Both teams had a cold shooting half from the field with Mont Alto shooting 32.3%. Williamson was held to 38.1% from the floor, but also turned the ball over 14 times.

Seven different players scored for Mont Alto in the first half. Both Flemister and John Teague (Hagerstown, Md. / North Hagerstown) each scored 10.

Mont Alto’s defense picked up where it left off in the second half. The Lions only allowed six points in the first eight minutes of the period. The lead swelled to 46-25 with 10 minutes remaining. It then ballooned to 50-25 after a Nevaes Gordon (Frederick, Md. / Thomas Johnson) layup with 8:35 remaining.

Coming out of the break, PSUMA was able to stretch its lead with free throws for the final of 64-51. John Teague (Hagerstown, Md. / North Hagerstown) was the game’s leading scorer with 15 points. The sophomore also grabbed five boards. Cameron Williams (Inwood, W. Va. / Musselman) provided solid minutes off the bench with seven points and a team-high eight rebounds.

Mont Alto (1-0) returns to action at 3 p.m. Sunday when it squares off against Johnson & Wales.