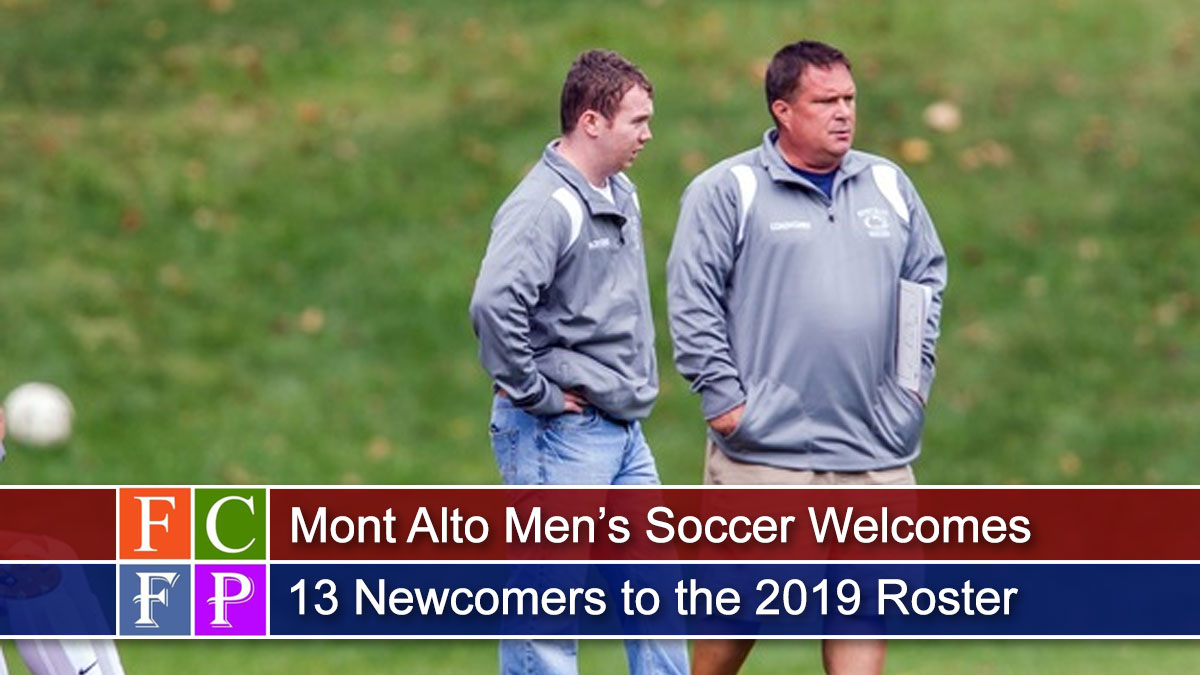 “I’m very excited in the potential that this incoming class has and we will look to take a big step forward within the PSUAC this upcoming season,” remarked Carey, who enters his fifth season at the helm of the program.

“We will definitely be scoring more goals than in years past, while having a lot of young players doing it. Our future is looking very bright and I can’t wait to hit the ground running with the guys once training camp opens up in August.”

Below is the list of incoming student-athletes that are set to join the eight returners from a season ago.

Alex Call
Defender | 5-11
Waynesboro, Pa. / Waynesboro Area High School
Major: Division of Undergraduate Studies
Coach Carey’s Take: Alex will make a very nice addition to the backline. He has worked and trained with quality coaches, so I am expecting a lot from him. He is solid in his technique and he possesses a high IQ for his position whether we run a low block, invert our outside backs or use them in possession build up.

Carter Felker
Attacking Midfielder/Forward | 5-9
Spring Mills, Pa. / Penns Valley High School
Major: Kinesiology
Coach Carey’s Take: Carter is a dynamic attacking midfielder, that will also play forward here at Mont Alto. He is a highly intelligent individual on and off the field. He possesses speed and the finishing prowess that we have been missing. His background in wrestling will assist him on the ball in traffic and in front of our opponents’ goal.

Dylane McCardell
Midfielder | 5-11
Chambersburg, Pa. / James Buchanan High School
Major: Psychology
Coach Carey’s Take: After Dylane makes his adjustment to the speed of collegiate play, I think he will leave his mark on the league. He is a hybrid player that will see time in the midfield (both holding and attacking) on the backline and up top. His size will be an advantage on set pieces. It’s exciting to potentially work with him for four years as a student-athlete here at Mont Alto.

Jack Coulston
Defender | 5-9
Carlisle, Pa. / Boiling Springs High School
Major: Division of Undergraduate Studies
Coach Carey’s Take: Jack comes to us from a high school that plays in a tough conference. A natural defender, he can also play an outside back or holding mid. I look for big things from this young man as he has an extremely high work rate. He is also a wrestler, so his strong presence on the ball in the back will be a positive across the backline.

Jaylen Johnson
Goalkeeper/Forward| 5-10
Philipsburg, Pa. / Philipsburg-Osceola High School
Major: Physical Therapy Assistant
Coach Carey’s Take: Jaylen will see a lot of action as a freshman. He will see ample time in goal, as well as up top. He has some serious wheels, that will cause problems for our opponents and has the size to create some real opportunities on set pieces.

Joao Pedro Patelli Santos
Midfielder | 5-10
Sorocaba, Brazil / Colégio Uirapuru
Major: Industrial Engineering
Coach Carey’s Take: Joao will make an immediate impact for us. He is a true left foot, gifted player. He comes to us from a high school that won the city high school championship in Sao Palo, Brazil. While he can play forward or in the back, I see most of his playing time in an advanced midfield role. Joao is truly on the leading edge of our culture change at Mont Alto that I intend to continue to build upon.

Josiah Chapman
Midfielder | 5-10
Harrisburg, Pa. / Homeschooled
Major: Forestry
Coach Carey’s Take: I have seen enough of Josiah to know that he is very capable of controlling the middle third of the pitch. His energy level, work rate and self-accountability will allow him to make an immediate impact in our conference.

Nick Bochnovich
Defender | 5-10
Honesdale, Pa. / Honesdale High School
Major: Forestry
Coach Carey’s Take: I am expecting big things from Nick. He is athletic and has a high IQ for the game and for his position. He will also be solid going forward on set pieces. We had a big hole to fill at center back and Nick will certainly help fill it.

River Terry
Midfielder/Forward | 6-1
Mount Union, Pa. / Huntingdon High School
Major: Chemical Engineering
Coach Carey’s Take: River will play a vital role for us this upcoming season. His size, coupled with his IQ and desire to succeed will pit him in key roles, both through the run of play and especially on set piece work.  I have extremely high expectations for this young man, both on and off the field.

Scott Stanko
Defender/Midfielder| 6-0
Biglerville, Pa. / Biglerville High School
Major: Business
Coach Carey’s Take: Scott has a solid head on his shoulders and I truly look forward to working with him for the next four years. His family is great and has him on the right path to succeed as a quality individual. On the pitch, Scott comes from a school with a great soccer reputation that has consistently competed deep into the fall during Scott’s time with the program.

Trenton Shetler
Forward | 5-10
Waynesboro, Pa. / Waynesboro Area Senior High School
Major: Physical Therapy Assistant
Coach Carey’s Take: A true forward, Trenton will be called upon to contribute as soon as he makes his debut. He can play multiple positions; however, he will be used heavily in an attacking role. IQ and dedication will separate Trenton from most players (both on and off the pitch). I see a nice future for Trenton at Mont Alto, one that hopefully includes him scoring many goals.

Triston Horn
Defender/Midfielder | 5-11
Waynesboro, Pa. / Cumberland Valley Christian School
Major: Division of Undergraduate Studies
Coach Carey’s Take: I have seen Triston play several times and I am very confident in his abilities to succeed at this level. He has good size and technical ability. He has played as a center back in high school, but I can also see him in a holding, or an attacking role for us. He will be a solid addition to our 2019 squad.

Tyler Shannon
Midfield| 6-0
Biglerville, Pa. / Biglerville High School
Major: Industrial Engineering
Coach Carey’s Take: Tyler can play multiple roles for us. His brother (Brendan) played at Mont Alto for two years, so I know the pedigree that Tyler possesses. His knowledge for the game along with his size will make him a weapon in our attacking half. He also can hold attacking play. It will be a pleasure to work with Tyler for the next two years.

Staff Report - April 2, 2020 0
Here are the deed transfers recorded in the Franklin County Register and Recorder’s office for the last week of March. Deeds are public records.

COVID-19 numbers up, locally and statewide