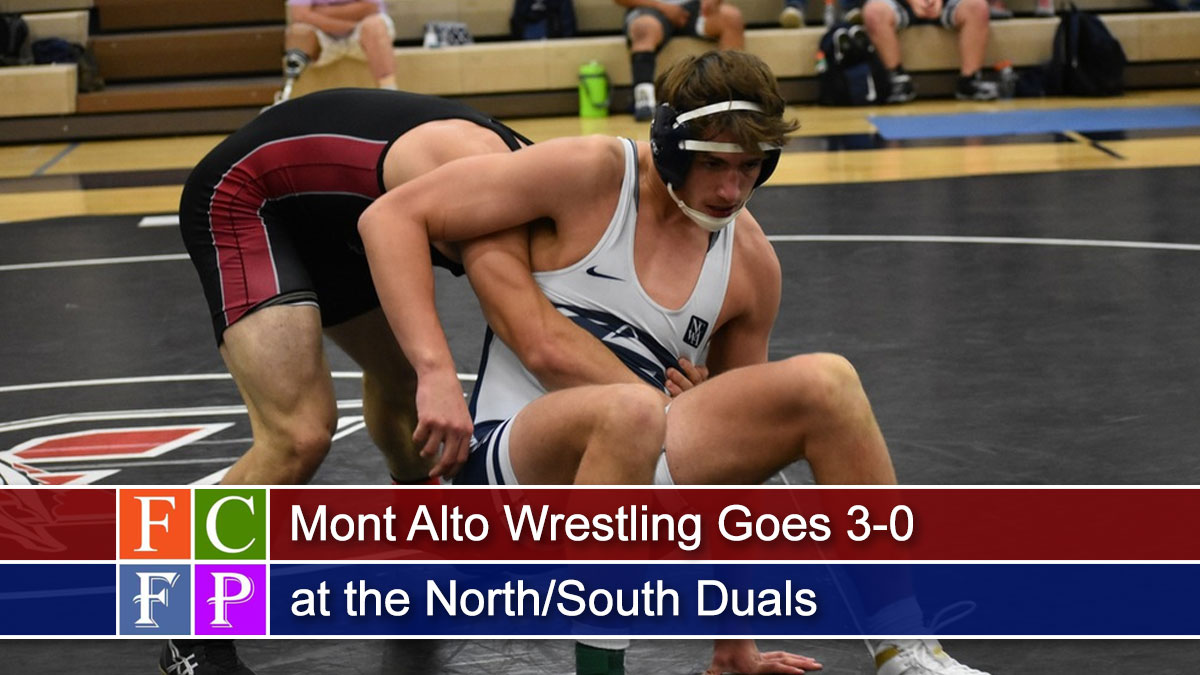 COLLEGVILLE, Pa. – Penn State Mont Alto wrestling team returned to action Saturday at the North/South Duals on the campus of Ursinus College. The Nittany Lions improved to 6-5 in duals on the season with three victories.

After going down 15-3 in the first three weight classes against Hunter College, John Halbrendt (Gettysburg, Pa./Gettysburg Area) earned a first round pin in 1:20. Ron Schilpp (Severna Park, Md./Severna Park) picked up an 8-0 win over Mentor Gjonbalaj that brought it to 15-13. Nick Kostyak (Carlisle, Pa./Boiling Springs) scored the 16-0 major decsion over his opponent from the Hawks at 174 pounds. Davon Williams (Chambersburg, Pa./Chambersburg Area) picked up the final win at 197 pounds that gave PSUMA the narrow win.

Against Keystone College, the Nittany Lions earned wins in every weight class except 125 and 149 pounds. Mason Blank (Lancaster, Pa./Lampeter-Strasburg) earned the first win. Jack Coulston (Carlisle, Pa./Boiling Springs) scored a first round pin over Ethan Harvey. PSUMA picked up a pair of forfeit wins that was followed up by a Nick Kostyak (Carlisle, Pa./Boiling Springs) pin over Jon Grimm. At 184 pounds, Colby Mattice (Colonie, N.Y./Colonie Central) picked up an exciting pin in the second round.

Mont Alto is idle for week before competing again at 8 a.m. next Saturday at the Will Abele Invitational.

Phoenix Fall to Lions in Overtime

October 13, 2019
Thanks for subscribing! Please check your email for further instructions.